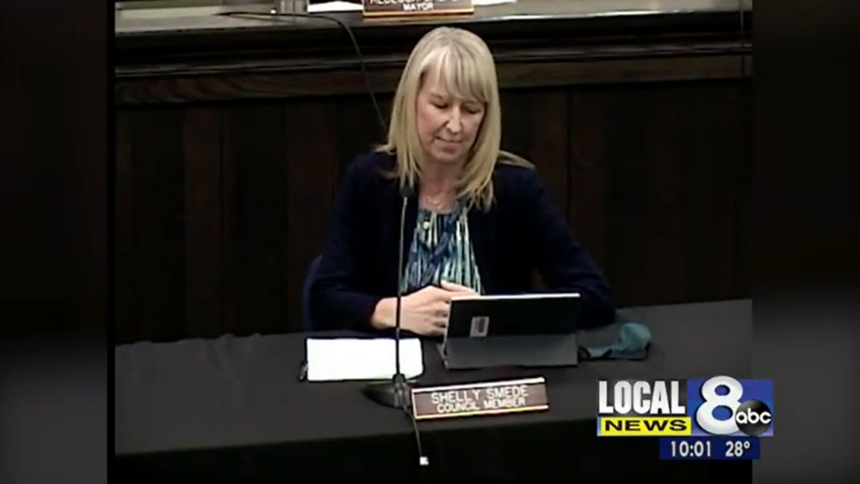 IDAHO FALLS, Idaho (KIFI)- UPDATE: According to Idaho law, when a vacancy occurs on the City Council, it is filled by an appointment of the Mayor, then ratified by the City Council.

Residents interested in filling the vacancy are invited to submit a letter of intent to Mayor Rebecca Casper for consideration.  The letter should reference the applicant’s experience in the areas of leadership, policy and budgeting and finance. Applicants may also discuss community involvement and other background.

Candidates must also submit a current resume.  Both can be sent via e-mail to mayor@idahofallsidaho.gov or delivered in-person to the Office of the Mayor in City Hall at 308 Constitution Way.

Applications will be accepted until 5 p.m. Friday, March 26.

Casper is expected to name an appointment within a week of the closing date and go to the City Council on April 8.

Shelly Smede announced her resignation from the Idaho Falls City Council Thursday night. She shared the news following a regular City Council meeting, where she thanked her colleagues and expressed her reasons for stepping down.

"You guys know me and know I have high expectations for myself in all aspects of my life…" Smede said. "I promised myself that if I was letting people down due to my overscheduled calendars, I would readjust that."

Smede said she is taking the time to fully commit to her family and her duties at Idaho Falls School District 91.

The councilwoman was elected to her seat in 2017, in which she has served as a liaison for various boards and committees throughout the city, including municipal services, the Idaho Falls Fire Department, Parks & Recreation, the Idaho Falls Power Board, and the Chamber of Commerce Advocacy.

Smede said she will remain in her position until the end of March.