Advisers to the Centers for Disease Control and Prevention will meet Wednesday to review blood clot cases among people who received the Johnson & Johnson COVID-19 vaccine.

The CDC and the US Food and Drug Administration a day earlier recommended the US pause the use of the single-shot J&J vaccine after “six reported US cases of a rare and severe type of blood clot.” The six cases were among more than 6.8 million Americans who have received a dose of that vaccine.

“Less than 1 in a million,” Dr. Anthony Fauci noted Tuesday during a White House briefing.

All six cases were among women between the ages of 18 and 48, the agencies said in a statement, and symptoms occurred six to 13 days after vaccination. The recommendation to pause comes out of “an abundance of caution,” they added, and these cases “appear to be extremely rare.”

“It makes sense now to pause, get a sense for whether this is a real phenomenon, whether it really is associated with the vaccine and who in particular might be at highest risk,” Dr. Jonathan Reiner, a professor of medicine and surgery at George Washington University, told CNN on Tuesday.

Reiner added he worries the pause may contribute to further hesitancy about the vaccines being administered in the US.

“The way I want people to look at it is this: These vaccines are incredibly effective. You’re much more likely to die of the coronavirus than you are to have a significant complication from these vaccines,” he said.

The J&J news comes amid an important race in the US: Officials are working to get as many COVID-19 shots into arms as possible to beat another possible COVID-19 surge as variants of the virus run rampant and COVID-19 cases and hospitalizations are inching upward, predominantly in younger groups who haven’t yet been vaccinated.

The pause should “underscore and confirm how seriously we take safety, even though it’s a very rare event,” Fauci told CNN on Wednesday. Fauci had no reason to believe there were many more cases, but the pause will let officials take a look to see, he said.

“If anyone’s got a doubt that they may not be taking safety very seriously, I think this is an affirmation that safety is a primary consideration when it comes to the FDA and the CDC,” he said. “That’s why it was done and that’s why it’s a pause. It isn’t a cancellation; it’s a pause.”

‘Our confidence in these vaccines is still high’

The recommendation to pause should show “how seriously we’re taking adverse events and how safety is really a critical priority,” US Surgeon General Dr. Vivek Murthy told CNN on Tuesday night.

There are a couple of reasons behind the pause, Murthy said.

“One is to do the investigation quickly, to understand whether there’s a connection between the vaccine and the adverse events. But there’s another reason as well to pause, which is to give us time to speak to the medical community… so we can enlist their help in looking for the kind of symptoms we may be concerned about.”

And a pause is not unusual, he added. Pauses happen “often,” Murthy said, with both vaccines or new drugs, “to evaluate new developments.”

“Our confidence in these vaccines is still high… We want to just make sure the investigations are done completely,” he said.

The fact that blood clot concerns weren’t raised during the Johnson & Johnson vaccine trials comes down to a “matter of numbers,” Fauci said in an NBC interview Tuesday.

“Generally, clinical trials have anywhere from 30,000 to 40,000 people in it,” he said. “You’re talking about an adverse event that has occurred in six people out of 6.85 million people who are vaccinated in the United States with the J&J.”

“When you get out into the real world, you’re giving it to tens and tens of millions of people, and it is at that point that you see if there is a rare adverse event,” Fauci added.

Even with the pause on the J&J vaccine, the US has enough supply of the Moderna and Pfizer vaccines to be able to vaccinate its adult population by the end of July, Murthy told CNN.

“I am confident, even with what’s happening with Johnson & Johnson, we will be able to vaccinate the country, and do so effectively,” he said.

In Kentucky, Gov. Andy Beshear said that while the pause wasn’t good news, it was also “not crippling” to the state’s vaccination efforts.

State leaders across other states, including New York and North Carolina, also said they would be able to continue vaccinations with their Pfizer and Moderna supplies. In Ohio, state leaders said Tuesday the majority of J&J doses the state had received were directed to mass vaccination clinics and colleges and universities, “most of which have already completed their student vaccinations.”

Most of the mass vaccination clinics and university clinics that planned to offer that vaccine this week will instead offer either the Pfizer or Moderna vaccines.

“A total of eight sites will not offer any vaccines this week as the health community works to recognize, report, and manage any adverse events related to the Johnson and Johnson vaccine,” Ohio Gov. Mike DeWine’s office said.

Nationwide, the interruption of the J&J vaccine could have a significant impact on college students, who were key targets for the shot before leaving school at the end of the spring semester.

“There isn’t enough time to give two shots before many students leave for the summer,” according to one state official in Ohio. “This is a far bigger deal than the White House will acknowledge.”

An official in another Midwestern state said college campuses had been planning vaccination clinics for students in the remaining two weeks of April. The pause on the J&J vaccines makes those plans highly uncertain, the official said, depending on how long the interruption takes place.

Good news from other vaccines

The other two COVID-19 vaccines approved for the US — Pfizer and Moderna — are not implicated in the pause, Murthy added on Tuesday.

In fact, Pfizer has boosted production of its vaccine and “can deliver 10% more doses to the US by the end of May than previously agreed,” Pfizer CEO Albert Bourla said in a tweet Tuesday.

The US has also purchased 300 million doses from Moderna, which the company says remains on track to finish delivering by the end of July.

The ongoing Phase 3 clinical trial of Pfizer/BioNTech’s vaccine also confirms that its protection remains high for at least six months after the second dose, the companies said earlier this month. 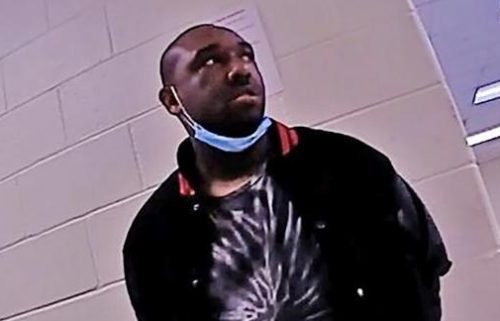