REXBURG, Idaho - The Grandparents of missing seven-year old J.J. Vallow are back in Rexburg seeking guardianship of their grandson once he is found.

Court documents outline Lori Vallow's mental state; claiming she is both mentally and emotionally unstable, and unfit to care for J-J.

You can read those documents here:

The grandparents of a 7-year-old boy who has been missing for months have asked a judge to grant them temporary guardianship of the child.

Joshua "JJ" Vallow and his older sister, 17-year-old Tylee Ryan, were last seen in September. Their mother, Lori Vallow, has defied a child protection order directing her to produce the kids in Idaho, and police in the city of Rexburg say both Vallow and her new husband, Chad Daybell, have lied about the children's whereabouts.

JJ's grandparents, Larry and Kay Woodcock, filed paperwork with the state last week asking to be his legal guardians once he returns, the Rexburg Standard Journal reported. If granted, the temporary guardianship would last for six months.

"We just want to make sure that we're first in line for JJ to be placed with us," Kay Woodcock said.

The Woodcocks aren't biologically related to Tylee and have no legal right to her, but Kay Woodcock said the teen also would be welcome to stay with them if she wanted.

"We will definitely offer that to Tylee. We're more than happy to have her as well," Kay said.

The strange case spans multiple states and includes investigations into three separate deaths: Vallow's estranged husband, Charles Vallow, was shot and killed in Phoenix in July by her brother, Alex Cox. Cox, who claimed the shooting was in self-defense, died of unknown causes in December.

In August, Lori Vallow moved her family to Idaho. In October, Chad Daybell's wife, Tammy Daybell, died of what her obituary said was natural causes. But when Chad Daybell married Vallow just two weeks after Tammy's death, law enforcement became suspicious and had her remains exhumed.

The test results on Tammy Daybell's remains and on Cox have not yet been released.

Authorities found Vallow and Daybell in Kauai, Hawaii, serving her with an order last month to produce the children. They also searched the vehicle that the couple were using.

Child protection cases are sealed under Idaho law, so it's not clear if the court has taken any action since Lori Vallow failed to comply with the order to produce the children in Idaho. Failing to comply with such an order could subject her to a contempt-of-court charge. 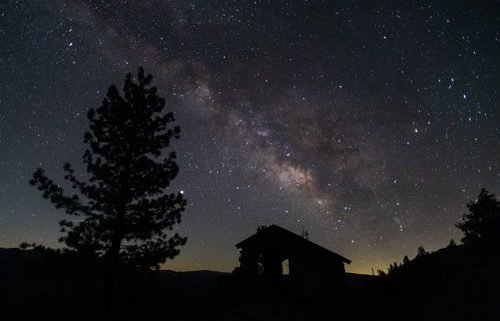