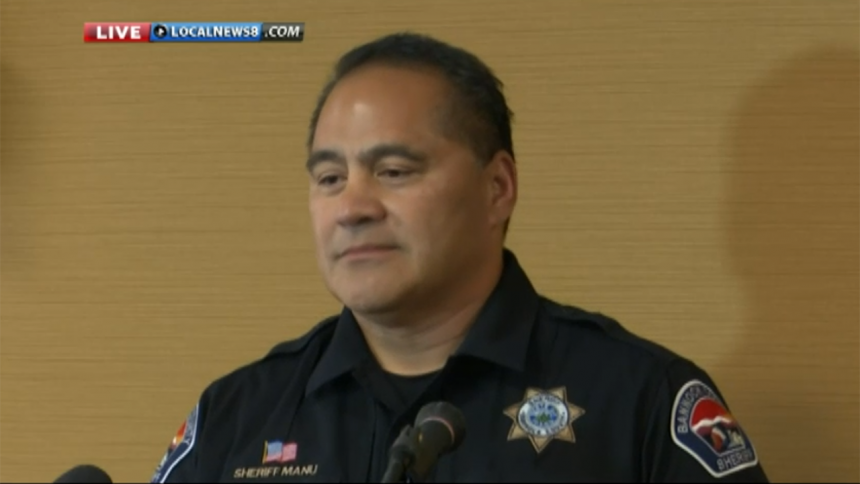 BOISE, Idaho (AP) - Idaho jailers watched as a mentally ill man starved to death, according to a newly released investigatory report, but a prosecutor says there isn't enough evidence to justify criminal charges in the case.

A press conference will be held Wednesday to discuss the Office of the Attorney General’s investigative report. Subjects will include communication, training and supervisory failures identified by the investigator the County Sheriff’s response to the report and the Kootenai County prosecutor’s conclusions regarding criminal prosecution.

Lance Quick's parents Kim and Shauna Quick and Bannock County Sheriff Tony Manu will be in attendance. You can watch below.

Lance Quick, 40, was a home inspector in the grip of a manic episode when he was taken to the Bannock County Jail for processing on Dec. 8, 2018. Quick, like millions of other Americans, had bipolar disorder -- a common but serious mental illness that causes periods of depression and periods of manic behavior that can sometimes turn into psychotic episodes.

Less than a week later -- after his physical and mental health visibly deteriorated -- Quick died of dehydration and starvation, according to a coroner's report.

"There is no individual who is solely responsible for Mr. Quick's death," Kootenai County Prosecutor Barry McHugh wrote in a letter to the Idaho Attorney General's office released Monday night.

Rather, McHugh said, communication about Quick's condition between jail staffers was shoddy, jail commanders were out of town for a conference and jail policies about medical evaluations weren't followed. Reading the investigation reports on Quick's mental and physical deterioration and watching video footage from the jail was "extremely difficult," McHugh said.

"Please do not construe my decisions to be an endorsement of what happened in this case," McHugh wrote. "A man with compromised mental capacity died while in the care of the Bannock County Sheriff's Office .... My condolences go out to the friends and family of Lance Quick."

The 47-page investigation report from the Idaho Attorney General's office is harrowing. It describes Quick, somewhat incoherent and denied access to the medications that treated his bipolar disorder, refusing food or at times rubbing it on his body rather than eating it.

Quick was initially arrested in Pocatello on a Saturday on suspicion of driving under the influence. The responding officer didn't think Quick was drunk, but perhaps on drugs of some sort. Quick was actually experiencing a manic episode, and the episode worsened as he spent the weekend in jail without his medication.

Quick's friends and family members reportedly contacted the jail to let staffers know that he was experiencing a mental health crisis, apparently to no avail. By Monday, Quick's court appearance had been cancelled - presumably because he was too incoherent to attend - and so no bond was set, leaving his family with no way to bail him out.

The Attorney General's investigation found that some of the jail staffers' interactions with Quick weren't documented, but the evidence captured in documents and security videos is alarming. At one point, Quick rubbed food on his body rather than eating it, and at other points he seemed incapable of understanding how to eat or drink. Quick was held in a cell that had a hole in the floor instead of a toilet, and at times dumped his food and clothes in the hole. Excrement was strewn throughout the cell, according to the report.

At one point, a nurse tried to examine Quick and wrote in her notes that he was acting incoherently. She later told investigators that she figured Quick was taken to a hospital after her assessment, and she didn't do any additional checks on him during his time at the jail.

Meanwhile, Quick was moving more slowly and parts of his body were increasingly turning red, like a sunburn, and then purple, according to the report. That type of spreading discoloration can be a sign of organ failure, the investigator wrote. Quick died the Friday after his arrest.

Then-Sheriff Lorin Nielsen, who has since retired, claimed the jail staffers didn't realize Quick wasn't eating and so didn't recognize the risk of starvation and dehydration.

"It's not supposed to happen at all but in my mind, I believe that based on what we knew at the time that this was a mental health issue," Nielsen told investigators. "In talking with the detention officers, they fed him three times a day. He turned out an empty tray and it wasn't until we saw the videos that he was dumping it down the toilet ... that was a weakness on our part, I'll say that."

Quick's family sued the Bannock County Sheriff's Office for the actions that led to Quick's death, and last year the county paid $2.1 million to settle the lawsuit.

You can read the full report HERE. 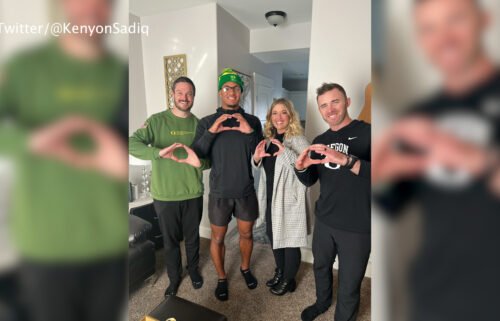