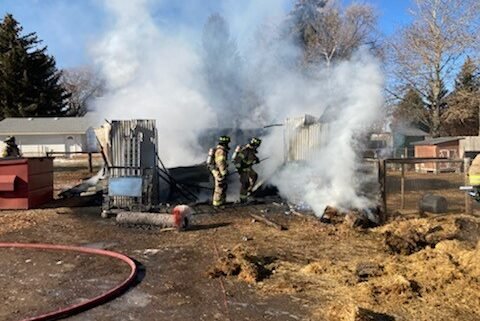 POCATELLO, Idaho (KIFI/KIDK) - A detour at the I-84/I-86 intersection has some drivers taking a dangerous path around it.

Idaho State Police say drivers heading from Burley to Pocatello need to follow the approximately six-mile bypass around the interchange. It started on Monday.

Eastbound traffic diverts south on I-84, like you're heading to Utah, to the Yale Road exit, Exit 228. Then drivers will have to U-turn on the overpass to head north to get on to I-86.

But troopers say some are taking a short-cut through the emergency crossing or through the median.

They say it's causes some dangerous situations:

"At 80 miles an hour, a driver doesn't realize how fast other drivers are approaching them. On and off-ramps are designed to give drivers time to safely increase or slow their speed. Cutting across traffic to enter an emergency cross-over, or cutting back into traffic from the median is a huge risk to every driver in the area, said Sgt. Julie Donahue, Idaho State Police. "That driving behavior is dangerous, it's illegal, and that's why we're warning drivers not to even try it."

The detour is expected to last about week, ISP said.

The detour is to allow construction crews to demolish the old eastbound bridge.

The interchange has been undergoing construction for last couple of years.