Police are investigating a shooting at an Atlanta mall after a security guard was left in critical condition, authorities said.

Atlanta police responded to a call of shots fired at Lenox Mall in Buckhead at about 8:30 p.m. Sunday, said Deputy Chief Timothy Peek. Dozens of officers arrived on the scene and were told by witnesses that a security guard had been shot, said Peek.

The victim, who has not been named, is a man in his 40s who was hit in his torso, Peek told reporters. Witnesses said two suspects approached him with a gun, but it is still not clear what led up to the incident.

The guard is one of more than 17,000 people to be injured by gun violence this year, according to Gun Violence Archive. Two other incidents of gun violence took place at or near Atlanta-area malls in the past week.

Two people were in the hospital Tuesday evening after being shot near Greenbriar Mall, according to CNN affiliate WXIA. Two days later, at least 25 shots were fired after an argument at Southlake Mall in Morrow, Georgia, the station reported.

Peek credited the department’s 2021 summer plan — their strategy for addressing violent crime, youth engagement and community policing during a season in which violent crime often spikes — with the quick apprehension of two suspects in the latest shooting.

Officers immediately got information from witnesses to determine where the suspects had fled. After conducting a grid search of the area, two suspects were found outside a Westin hotel, Peek said.

A 15-year-old male and 15-year-old female were arrested without incident, according to a police news release.

The identities of the suspects are being withheld because they are juveniles, according to police.

The spike has stirred ongoing conversations in the wealthy Buckhead community about it becoming an independent city.

Some residents say that the community pays too much in taxes and doesn’t get the infrastructure and services it needs in return. But critics of a split warn that the consequences could be devastating.

Buckhead’s departure would strip Georgia’s capital of a huge part of its revenue from that tax base and the move could stoke racial divisions between the majority White community and the rest of Atlanta, a city that in the 1970s became known as the “Black Mecca” of the South.

And, critics add, the problems Buckhead is facing aren’t unique to the area and are shared by residents across Atlanta. 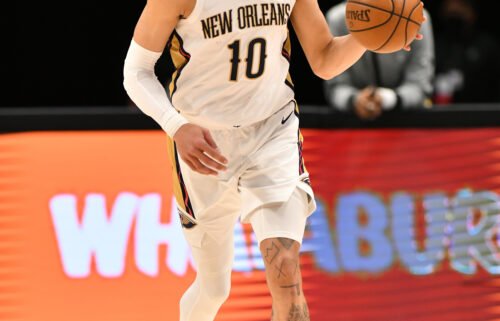