IDAHO FALLS, Idaho (KIDK/KXPI) - If you ever see and hear a large group of motorcycles around the area, they could be holding one of their events focused solely on kids. KIDK Eyewitness News 3 anchor Todd Kunz wanted to find out what they do and to Pay It Forward.

The Idaho Falls chapter of Bikers Against Bullies has been together a year and a half. It's part of the national organization that has been around eight years with 40 chapters and one internationally.

This local group is made up of 13 regular team members who help coordinate different events, but there are many others in the group.

Their director is Jason White. He said he does this because of his own kids. He doesn't want them or any other kids going through what he did as a boy. In fact, he said, 14.75 kids die each day in the U.S. as a result of bullying. This group wants to change that.

"We like getting into those schools and teaching the kids that it's OK to be themselves. It's OK to be different. But also, to accept other kids' differences as well," said White.

One of the biggest problems nowadays comes from online.

"Cyberbullying is so much worse than what we dealt with as kids, because we used to be able to get away from it when we went home. You don't get that now," said White.

Kunz asked the members of this nonprofit, why they focus on kids?

"Why not kids? They're our future. Everything in the future depends on who we raise today and what we do for them," said member Heidi Green.

"It's making a big impact. You know what I mean? People are reaching out. I love this community. You are right. They are very welcoming. We are in a great community that does that," said member Derek Emery.

"Jason, how are you?" said a man walking up to the group in the parking lot.

"Good. How are you?" replied White.

"Good. I'm Kory (Carling) with Mountain America Credit Union. And we're here excited today to contribute to Bikers Against Bullies and all the awesome stuff you are doing for our community. So we are here to Pay It Forward."

"So I've brought with me today, $500 in cash," said Carling, pulling cash from a blue envelope.

"That we know you guys can use it to put bikes back in the community and do awesome, great things. So thank you so much," said Carling, handing over the money.

"We appreciate it. All you guys do," said Carling.

"Thank you. Thank you," said White.

"You don't know how much, how much this is going to help kids in the community. Thank you very much," said White.

The Idaho Falls chapter of Bikers Against Bullies does many things for kids. They've recently held appreciation rides for the local Special Olympics team. White is also involved with the Special Olympics. They have fixed up older bicycles to give to needs in need. They have done buddy benches in elementary schools. They are trying to get back into area schools, but that has been a delayed challenged because of COVID-19.

"Pay It Forward" airs the second Wednesday of every month. If you know of a nonprofit organization or someone who deserves to be recognized for their contributions to the area, click on "News" then "Pay It Forward" under the menu stack at the top left of our homepage. Fill out the submission form, or send an email to KIDK Eyewitness News 3 anchor Todd Kunz at todd.kunz@kidk.com. 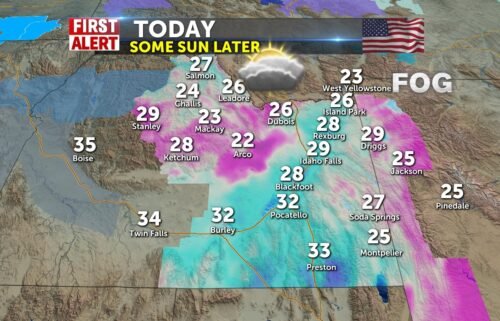 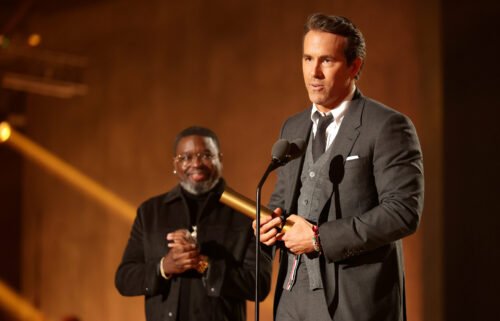