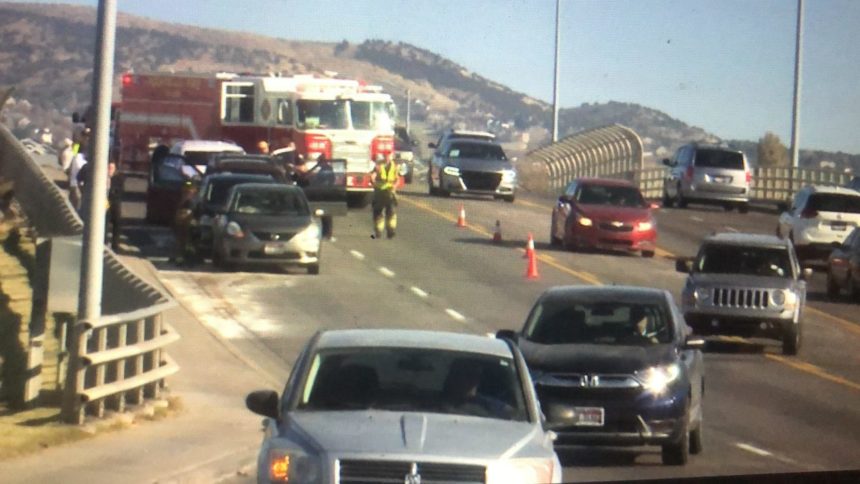 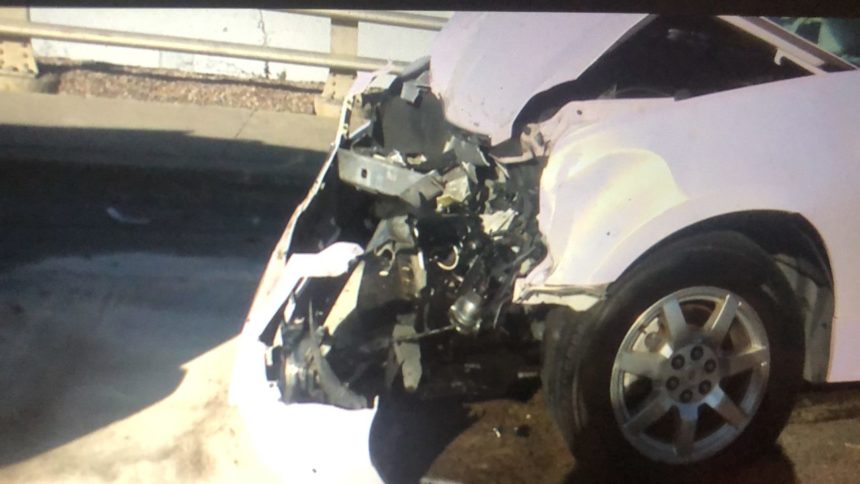 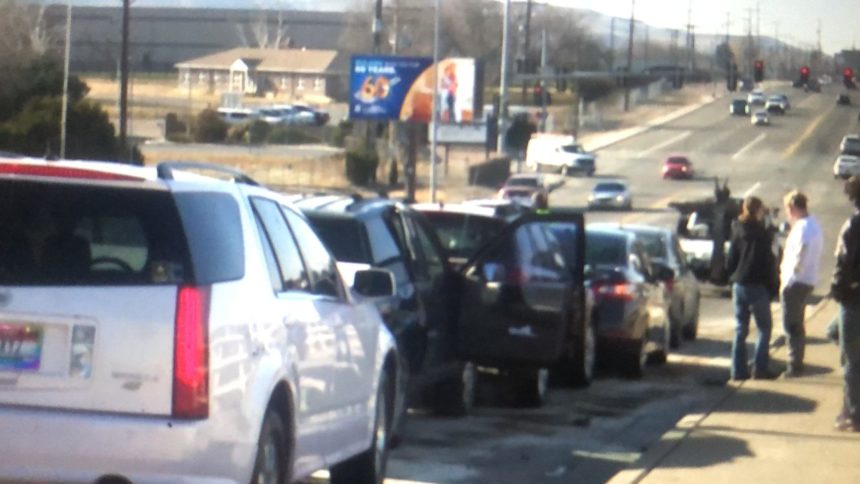 A chain reaction collision in Pocatello sent one woman to the hospital and damaged 5 cars.

Police received the 911 call just before 2:00 pm Friday that a crash involving several cars had happened on the Yellowstone overpass near Quinn Road.

Five drivers and several passengers were involved in the crash.

Police say the white van rear ended the driver in front of her causing the chain reaction with 4 other cars. None of the other drivers or passengers were taken to the hospital.

At least two of the cars are totaled. The crash blocked two lanes of traffic on the overpass for about 45 minutes.

The name of the woman that was taken to the hospital and her condition are not being released at this time. 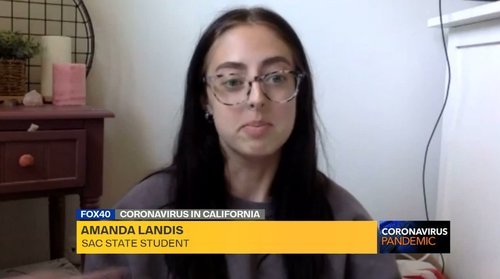 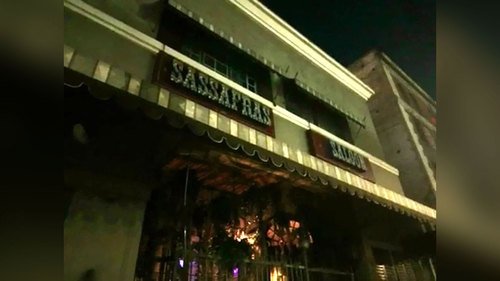