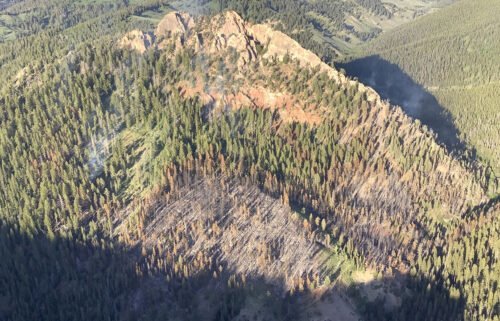 GOP Rep. Elise Stefanik’s rise within the Republican Party and embrace of former President Donald Trump have met with a mixed reaction in the district she represents, which pivoted in the past from voting for former President Barack Obama to Trump.

In interviews with CNN, some voters in New York’s 21st Congressional District, which Stefanik represents, say the congresswoman has worked hard for her achievements and are cheering her on as she appears poised to replace Rep. Liz Cheney, who has spoken out against Trump’s “Big Lie” that the 2020 election was stolen, as the next House Republican conference chairwoman. Others, however, are critical of Stefanik’s support for Trump and efforts to challenge the results of the election and say she isn’t focused enough on the needs of her district.

The 21st Congressional District voted for Obama in 2008 and 2012, and then went for Trump in 2016 and 2020. Willsboro, a town in the district Stefanik moved to before she was elected to Congress in 2014, is part of Essex County, which has swung even more dramatically between the two parties in recent elections, voting for Obama in 2008 and 2012, then for Trump in 2016 and for Biden in 2020.

Against that backdrop, Stefanik has defeated challenges from Democratic opponents by wide margins in recent years. At the same time, she has become a prolific fundraiser and has taken on increasing national prominence on Capitol Hill as an outspoken Trump defender. Stefanik’s trajectory underscores how firmly entrenched Trump’s influence remains on the party even now that he is no longer in office and after his efforts to overturn the 2020 election triggered a deadly attack on the US Capitol.

Amid Trump’s false claims over voter fraud and the election, Stefanik supported an objection during the Electoral College vote count in Congress held to certify President Joe Biden’s win. She also signed on in support of an amicus brief to the Supreme Court backing a lawsuit from Texas that sought to overturn the results of the election in several states.

John Carver, who described himself as conservative and said he had voted for Trump in 2020, called Stefanik “a breath of fresh air” and said that “she’s got good ideas” and has “been great for the North Country, bringing jobs up here.”

“We like everything she stands for,” he said, adding, “She would be great for the position” of conference chair, the No. 3 House GOP leadership slot.

Sandra Murphy, who identified herself as a registered Democrat, said, in contrast, that she is not a supporter of Stefanik because “she’s backing the Big Lie and Trump too.”

“In her first term when she ran up here, I voted for her, but then I wouldn’t vote again for her,” Murphy said. “Then she went totally party line for the Republicans no matter what, and I just don’t go along with that.”

A representative for Stefanik cited the district’s recent history of flipping from Democratic to Republican when asked for a response to her constituents’ comments.

“Congresswoman Elise Stefanik proudly flipped a district that went from blue to red and voted for President Obama twice,” Stefanik senior adviser Alex DeGrasse said in a statement. “Thanks to Elise’s efforts, we are registering Republicans at a 2 to 1 rate over Democrats over the past year. Elise just easily won reelection with the largest number of votes in the history of the North Country.”

Stefanik wasn’t always known for being pro-Trump. In 2015, 2016 and the early days of his term in office, she criticized Trump over everything from his incendiary comments about Muslims and women to his signature policy positions, such as overhauling NATO, building a US-Mexico border wall and having stronger cooperation with Russia.

When House Democrats moved to impeach Trump for the first time in 2019, however, Stefanik emerged as one of the President’s most outspoken defenders, earning his praise in the process as “a new Republican star.”

“She is a very different politician now than she was a couple of years ago. Different policy ideas, different allies, shedding people who had been close to her for a long time, and that’s turned out to be a winning strategy,” said NPR correspondent Brian Mann, who has reported on Stefanik’s career. “That willingness to reinvent herself, to change her identity and her brand, it’s been one of her strengths.”

“She’s also one of the smartest, most strategic politicians I’ve ever watched. If Elise Stefanik believes that Donald Trump is still the future of the Republican Party, that’s a pretty good indication that’s where this party is going to be going for some time,” Mann said.

Some voters think that she is not doing enough to represent the views of a diverse district.

Barry Goldstein, who declined to state his party affiliation, said that “ever since the election and these recent events about ‘stop the steal’ being in the news and her support of this, suggests to me that she really doesn’t care a whit about the people who live in her district because it’s a very heterogeneous district. There are a lot of very important issues here.”

“To be spending so much time on an issue that has been resolved in the courts and with numerous recounts time and time again, this idea that somehow the election was stolen leaves me gobsmacked,” Goldstein said.

Dana Marshall, who said that she had voted for Trump in both 2016 and 2020, has a very different perspective on the congresswoman’s time in office and believes that as she rises in the ranks in Washington it will ultimately benefit the district.

“She really is trying her best for the North Country,” said Marshall, who said that if Stefanik becomes House GOP conference chairwoman, “it will do great things for the North Country. It’s going to boost Elise Stefanik’s career, which is very important. She is a young woman, so good for that.”

“She’s worked hard and she deserves it,” she added. “That’s really what you want to teach our children is if you work hard and you want something and you work hard enough, you’re going to get there.” 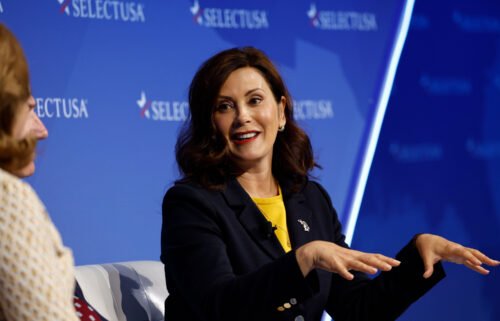 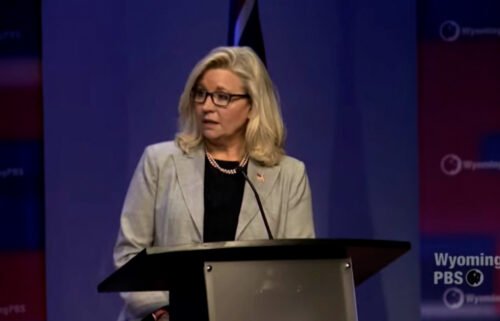