As President Joe Biden makes the case for democracy overseas, his agenda back home is facing major obstacles in Washington, where early progress on several key items has stalled in Congress.

Plodding negotiations and calls to drop bipartisan overtures could imperil — or even unravel — headway on infrastructure, police reform and voting rights. And a raft of revelations about former President Donald Trump’s Justice Department is threatening to draw focus on Capitol Hill elsewhere this week.

Here’s where things stand in Congress:

The coming days will bring a better sense of where lawmakers stand on the $1.2 trillion infrastructure package that a bipartisan group of 10 senators announced last week.

While the deal amounted to the most significant development yet in negotiations, the effort is already facing stiff resistance from liberal Senate Democrats eager to abandon bipartisan talks.

“Let’s face it. It’s time to move forward,” Sen. Elizabeth Warren, a Massachusetts Democrat, told CNN last week about the talks with the bipartisan group. “The Republicans have held us up long enough.”

While the group didn’t publicly reveal specifics of the agreement, several sources told CNN they crafted a package that includes:

But many Republicans are wary that the price tag is too high, while many Democrats prefer a much more ambitious and expensive plan that they think will boost the economy, aid the climate and create jobs.

The result is a two-track path for Democrats: Party leaders say they are pursuing Biden’s massive infrastructure and social safety net package along both bipartisan and partisan lanes. Senate Majority Leader Chuck Schumer is preparing to begin the budget process next month, setting the stage for advancing a bill along straight party lines, something that can only succeed if all 50 Democrats endorse such a process known as reconciliation.

Where the White House comes down on the plan will matter a lot. While many Democrats expressed concerns that their party’s negotiators were giving up too much in the talks, if the President endorses the plan, it could force many to fall in line.

“The President appreciates the Senators’ work to advance critical investments we need to create good jobs, prepare for our clean energy future, and compete in the global economy,” White House spokesman Andrew Bates said in a statement last week.

House Speaker Nancy Pelosi, for her part, said Sunday she’s “very pleased” that a deal was reached, but she warned the proposal might be a tough sell to the House Democratic Caucus if more isn’t included.

“I do think that it is predicated on an infrastructure that is of the last century. We have to be thinking in a more forward way. We must build back better. So if this is something that can be agreed upon, I don’t know how we can possibly sell it … to our caucus unless we know there is more to come,” she told CNN’s Dana Bash on “State of the Union.”

Policing overhaul talks up against the clock

Deliberations over a broad policing reform bill remain stalled on a number of key issues as negotiators race to meet their deadline for an agreement before the end of June, when a two-week July Fourth recess begins.

GOP Sen. Tim Scott of South Carolina, the top Republican negotiator, described to CNN last week how in addition to resolving the stark differences over qualified immunity — which deals with whether individual officers could be sued for wrongdoing as Democrats want but Republicans reject — there are still challenges in combining the Democrats’ House-passed George Floyd Justice in Policing Act with the Senate Republicans’ JUSTICE Act.

“It’s a little more complicated than just the top four or five issues that we’ve been covering, because the devil in the details of the actual body of the pieces of legislation are complicated and there are very big differences,” he said.

Asked by CNN why the talks, which have stretched on for many weeks, are taking so long, Scott said combining the two very large bills is proving to be complicated. “Have you read the two bills? They’re long,” he said. “So, I don’t mean that to be sarcastic. In all honesty, comparing the two bills, and then coming to a solution on the two sides is really hard.”

Sen. Cory Booker, the key Senate Democratic negotiator, agreed Thursday that there’s “a lot of work to be done” but maintained that the parties can still reach an agreement by the end of the month.

“I think we are days, but that could be 30 days or 25 days, who knows, and there’s a lot of work to be done in a very short period of time,” the New Jersey Democrat told reporters, when asked whether the negotiators are days away or far from reaching a deal.

Pressed on whether he’s concerned about some progressive organizations not wanting a compromise on qualified immunity, Booker said, “I’m going to get the best deal we can possibly get, and if it’s not making substantive and meaningful reform that will, you know, create more transparent policing, more accountable policing and potentially save lives then I don’t think there’s any reason to do it.”

Supporters of the George Floyd Justice in Policing Act say it would boost police accountability and help eradicate racial bias in policing.

While Biden has said he supports the bill, some leaders say if Congress won’t act, they want to see the White House reviving Obama-era panels to review policing practices and investigating police agencies in more cities. Other civil rights activists, however, say the nation needs police reform legislation more than anything and they are hopeful that Congress will pass it and Biden will sign it.

While Schumer has said he will put the For the People Act (or S 1) — a sweeping election and voting rights package — on the floor this month, the legislation currently doesn’t have the votes to advance.

The broad package, which was passed by the House in March, would bar states from limiting voting by mail, would require prepaid postage on absentee ballots and would mandate voter registration on the same day as the election. It also effectively would overturn voter ID laws by requiring states to allow voters to submit sworn statements in lieu of identification.

The bill’s proponents are expected to hammer out changes to the roughly 800-page bill to make it more palatable to all members of their caucus and address the concerns of local election officials.

The current version, for instance, mandates 15 consecutive days of early voting with polls open at least 10 hours a day. But Sen. Amy Klobuchar of Minnesota, one of the Democrats guiding the measure through the Senate, has sought to exempt jurisdictions with fewer than 3,000 registered voters and those that mail ballots to all voters, following feedback from election officials.

Democratic Sen. Joe Manchin of West Virginia is the only Democrat who is not a co-sponsor of the original legislation, but other Democrats have expressed concerns with the current draft of the bill in private meetings.

“I believe that partisan voting legislation will destroy the already weakening binds of our democracy, and for that reason, I will vote against the For the People Act. Furthermore, I will not vote to weaken or eliminate the filibuster,” Manchin wrote in an op-ed published in the Charleston Gazette-Mail last week.

Activists say they are preparing for a range of outcomes, including an all-out drive against the filibuster during the senators’ July Fourth recess, if the bill falters in the Senate later this month.

The showdown in the chamber will play out as more GOP-controlled states move ahead with limits on voting, inspired by former President Donald Trump’s unfounded claims that voter fraud contributed to his White House loss in 2020.

As of late last month, 14 states had enacted at least 22 laws restricting ballot access since the 2020 election, according to the Brennan Center for Justice at New York University School of Law, with an additional 61 bills advancing through legislatures in 18 states. 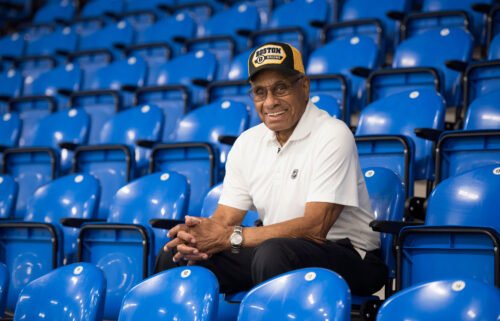 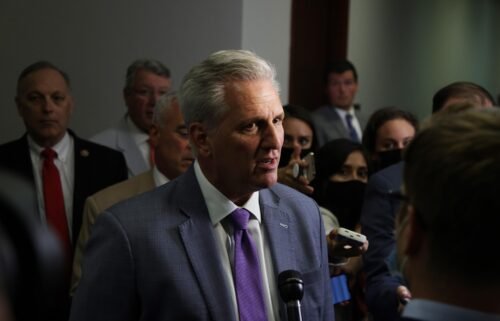 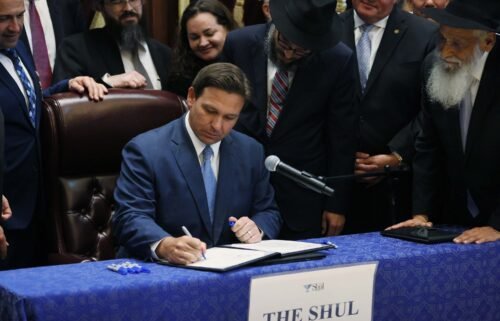