US Secretary of State Antony Blinken reiterated a warning for Russia on Tuesday to stay away from aggression in Ukraine, saying “any renewed aggression can trigger serious consequences.”

Blinken’s comments come amid concerns that Russia could mount another invasion in Ukraine as Moscow’s military forces build up near the border. He made the remarks at a joint press conference with Latvian Foreign Minister Edgars Rinkēvičs in Riga, where he is attending a meeting of NATO foreign ministers aimed at addressing the massing of Russian troops on the border with Ukraine.

“It’s increasingly belligerent rhetoric, it’s recent buildup of forces. It’s unusual troop movements along Ukraine’s border,” Blinken said, adding “I’ll have a lot more to say about that tomorrow after I’ve had a chance to consult with our allies in the NATO meetings that started this afternoon.”

Blinken added, “But for now, let me just reiterate that any escalatory actions by Russia would be of great concern to the United States as they would to Latvia and any renewed aggression can trigger serious consequences.”

CNN previously reported that an official said the number of Russian units in the area has increased by about two-thirds in recent weeks. But US officials believe that the military activity in western Russia is irregular, multiple sources previously told CNN. The Biden administration is also weighing sending military advisers and new equipment including weaponry to Ukraine to prepare allies for a possible Russian invasion, multiple sources familiar with the deliberations told CNN last week.

US officials have also been holding discussions with European allies about a new sanctions package that would go into effect if Russia invaded Ukraine, sources previously told CNN. And lawmakers are also jockeying over new sanctions language to include in the National Defense Authorization Act.

Rinkēvičs also said Tuesday that the build-up of Russian troops on the Ukraine border and military movement was “highly concerning,” adding that he was “extremely grateful” to the US for its “contribution to regional security and the national security of Latvia in developing them, both on a practical and political level.”

CNN’s Natasha Bertrand and Allegra Goodwin contributed to this report. 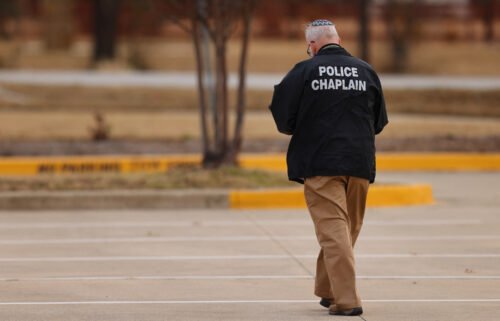