BOISE, Idaho (AP) - A bill in Idaho that would ban any public money from going to organizations that provide abortions was approved Friday by a panel of lawmakers despite opposition from people on both sides of the abortion debate, including some who complained that it still allowed exceptions for pregnancies caused by rape and incest.

The House State Affairs Committee sent the legislation to the full House with a "do pass" recommendation.

Federal and state law already ban public funding for abortion except in certain circumstances, such as when a pregnancy results from rape or incest or endangers the pregnant woman's life. But health care providers who perform abortions can receive public funding for other medical services.

The bill, sponsored by Republican Reps. Bryan Zollinger and Christy Zito, aims to prevent any public funding from going to health care providers if they perform abortions except for in certain situations. Those exceptions are narrower than the ones already set by state law, and the Idaho attorney general's office has warned lawmakers that the legislation would likely draw lawsuits.

Toni Lawson, vice president of the Idaho Hospital Association, said the narrow exceptions would put county and community hospitals at risk of losing all funding if they have to perform an abortion in a health emergency.

The legislation includes an exception for abortions necessary to "immediately" save the life of the pregnant woman. Lawson said that definition doesn't include abortions done to preserve the health of a woman, even if the procedure would save her from losing a major bodily function -- a standard that's been used in other state laws dealing with abortion. That would force doctors to try to make legal determinations in emergency situations.

"Remember, this bill isn't just about funding for abortion services," said Lawson, whose organization represents 46 hospitals across the state.

The bill also includes an exception for abortions done in cases of rape or incest, as long as a judge has agreed that the crime actually occurred.

That exception is what drew the opposition of Rep. Heather Scott, a Republican from Blanchard. She said the bill essentially makes it legal to use public funds for abortion in cases of rape and incest. That could lead to more abortions, she said, because the bill wouldn't stop public health districts from using grants or other funding to set up "an abortion murder mill in their community."

Public funds shouldn't be used to pay for abortion procedures in those cases, she said, making the bill a step backward for the state.

Zollinger, the sponsor, said the bill doesn't accomplish everything he'd prefer when it comes to completely stopping abortion, but it would reduce abortions and move the state closer to a goal of eliminating abortion. A majority of the committee seemed to agree, approving the bill on a voice vote. 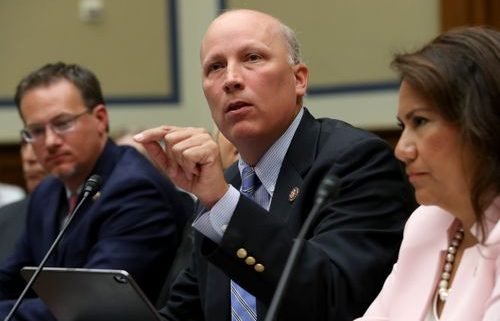