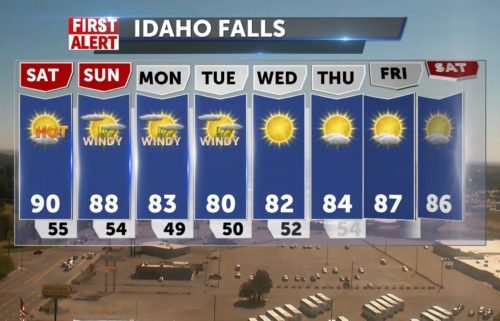 Hot and breezy this weekend with gusty winds for Sunday. We expect to see a cold front approaching for Sunday, bringing in the gusty winds and… 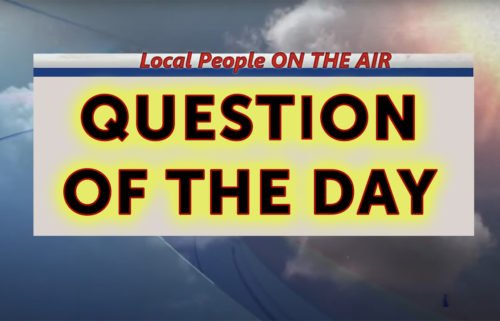 Heavy rain from Tropical Storm Nestor was inundating portions of the Gulf Coast on Friday night, the National Hurricane Center. That could be good news for inland residents who endured a dry and hot September.

Winds, rain and storm surge will increase, with the center of Nestor expected to make landfall around daybreak Saturday near Panama City in the Florida Panhandle.

A tropical storm warning has been issued for a portion of Florida, from Navarre to Yankeetown. A storm-surge warning was in effect from Indian Pass to Clearwater Beach.

The rain couldn’t come at a better time for parts of the South. Alabama, Florida, Georgia and Mississippi all had their driest September on record.

Many areas across the region have experienced a flash drought due to the prolonged heat and dry conditions. Areas that weren’t in any type of drought in August are now in severe to extreme drought.

Get the latest forecast and weather stories

Storm surge is a major concern for Florida

The storm system was about 215 miles southwest of Panama City, moving northeast at 22 mph (35 km/h). The National Hurricane Center forecast that the storm could strengthen some overnight, but it is expected to weaken once it moves inland.

As the system approached Florida, it could bring a dangerous storm surge of 2 to 5 feet to a large portion of Florida’s Gulf Coast, forecasters said.

Surges of 1 to 3 feet were possible in Tampa Bay, the hurricane center said.

“This is a life-threatening situation,” the hurricane center said. “Persons located within these (storm surge warning) areas should take all necessary actions to protect life and property from rising water and the potential for other dangerous conditions.”

Tropical-storm-force winds of 39 mph and higher are expected Friday evening in the tropical storm warning areas.

Forecast models show the storm could move into parts of Georgia and the Carolinas on Saturday and Sunday. Winds of similar strength are possible there, the hurricane center said.

The storm is expected to drop 2 to 6 inches of rain over the weekend in the central Gulf Coast, northern and central Florida, and parts of Georgia and the Carolinas, forecasters say.