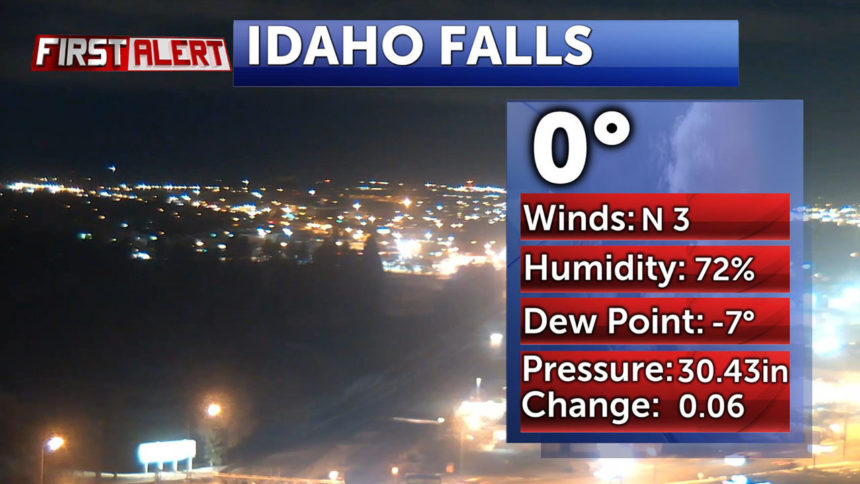 In Pocatello, Wednesday's record was minus 6 degrees. The previous record was 11 in 1991.

In Idaho Falls, Wednesday's record was minus 3 degrees. The previous record was 8 degrees in 1991.

According to the weather service, temperatures were coldest ever on record for the month of October in Pocatello, Idaho Falls and Burley.

For Pocatello, Idaho Falls, and Challis, officials say this is the earliest on record the area has ever hit zero degrees.

Below are the lowest degrees recorded among the weather station networks the National Weather Service in Pocatello monitors.