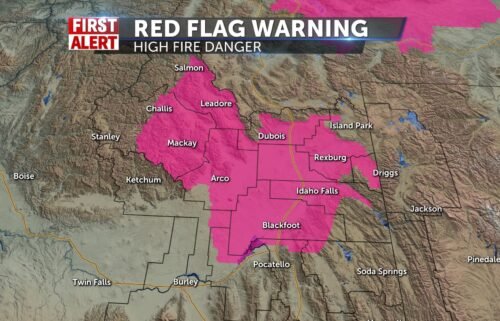 A windy weekend, with sunny skies and near normal temperatures. Saturday, highs into the upper 80’s and lower 90’s. Mostly sunny with winds 10-20…

As most of the US is starting to see the end of a chilling Arctic Blast, one Florida city’s summer weather is just now coming to an end.

As of Friday, Key West has had 233 consecutive days of high temperatures 80 degrees or above — the longest streak of temperatures above 80 degrees in Key West’s records dating back to 1872, says the US National Weather Service (NWS).

The last time the daily high was below 80 degrees was on March 27 when the high only reached 78 degrees — which, let’s be honest, is still pretty warm.

Before this year, the NWS says, the previous longest streak was 225 consecutive days in 1965.

The streak won’t last much longer

The record-breaking weather is predicted to come to an end this weekend due to oncoming cold front.

Friday’s high has already exceeded 80 degrees, but the weekend will likely have temperatures reach into the mid-70s.

As the cold front passes, cooler air will arrive, accompanied by rain, winds, and a chance of thunderstorms.

All good things, you’d think, must come to an end.

But this is Key West, after all. And once the cold air moves out of the region in the next few days, models show that temperatures may reach the 80s again.