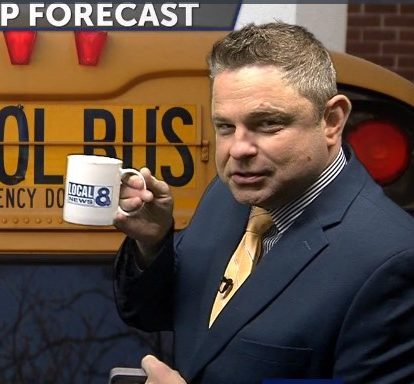 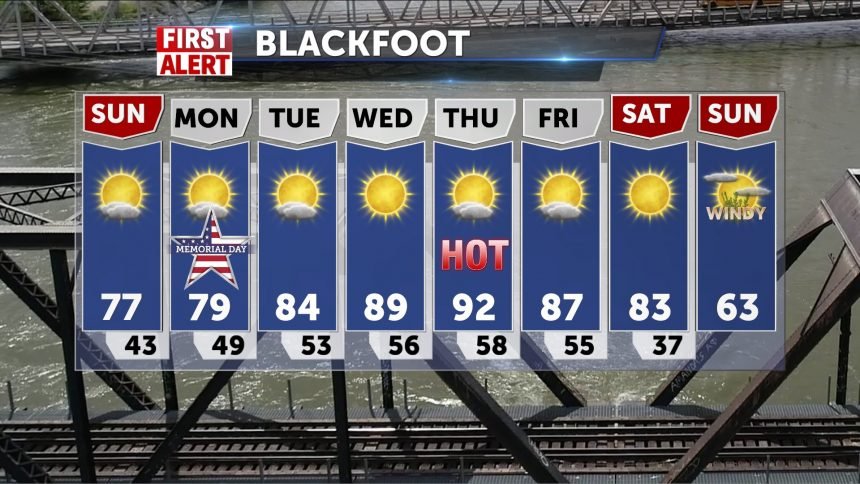 OVERNIGHT: We should expect to see fairly calm conditions with being mostly clear toward the north and mostly cloudy toward the south of the region. Temperatures should get down to around 40 degrees in the Snake River Valley and central Idaho while western Wyoming could get down below freezing again tonight. Winds stay calm and variable, and shouldn't go above 10 mph.

TOMORROW: A nice mostly sunny day is expected with a slight increase in the temperatures compared to today. High's should be mainly in the mid 70's for most of the area. Clouds and isolated showers though could sneak into the Teton Mountains and Jackson, but most of these should be light. Winds will be veering and staying pretty low.

THROUGH THE WEEK: We have a warm up coming starting tomorrow and lasting until Thursday of next week where many places here could see high's above 90 on Thursday. Rain chances don't come back then until next weekend for the most part and the wind should be light for much of the week until then as well. 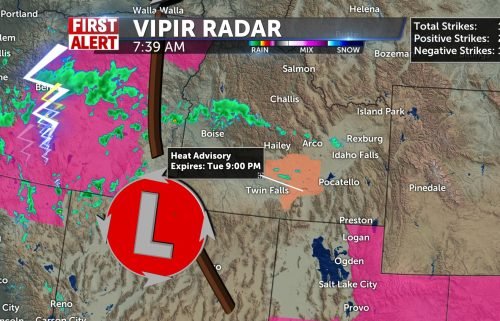 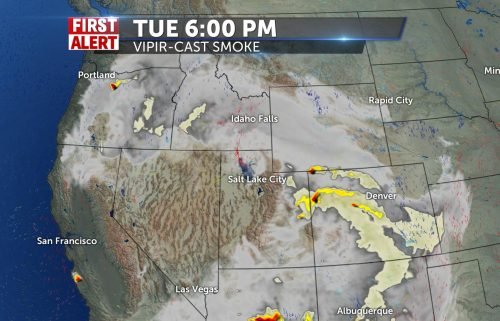 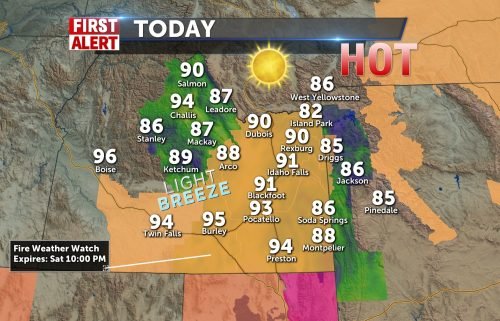 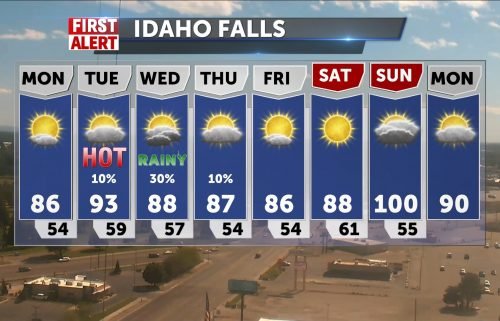