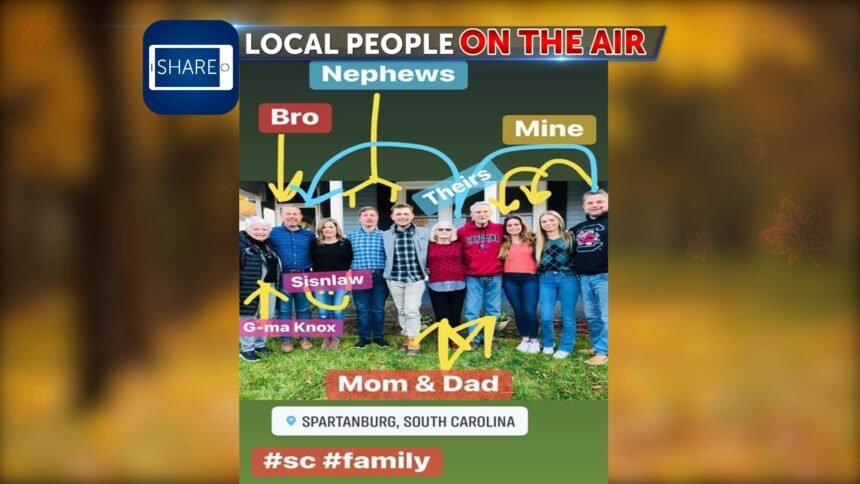 TONIGHT: Calm conditions continue into the nighttime hours with clouds increasing throughout the night, but none of them producing any snow. Winds will look to remain just a slight breeze tonight between 0-10 mph. Low temperatures in the early morning hours should get down to the low 20's.

TOMORROW: We are expecting isolated snow showers in central ID over to the way upper part of the Snake River Plain including the towns of Dubois and Island Park tomorrow. Snow should be very light and should not accumulate. Besides that, partly cloudy skies should be seen throughout the rest of the region. Winds remain calm and high temperatures increase to the mid 40's.

LONG TERM: We clear and dry up for most of the long term including the weekend. Our next system of snow will not look to come into the area until at least the middle of next week. In the meantime, high temperatures increase again into the upper 40's and lower 50's for the weekend. The winds will continue to be calm and the high's look to remain stuck around the upper 40's heading into next week. 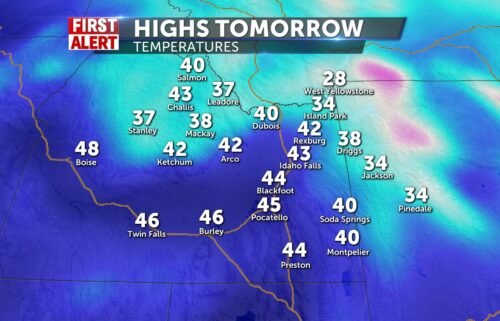 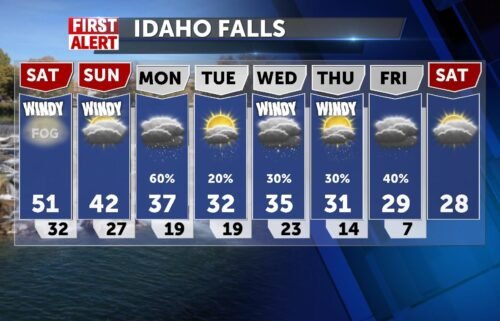 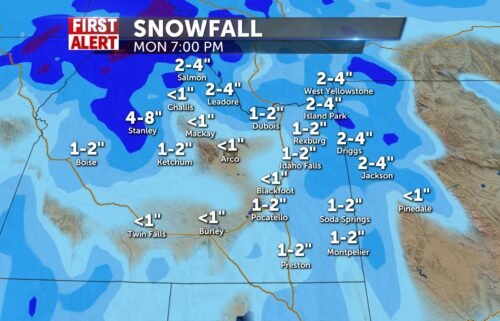 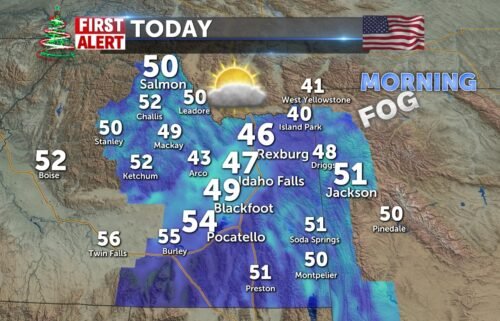