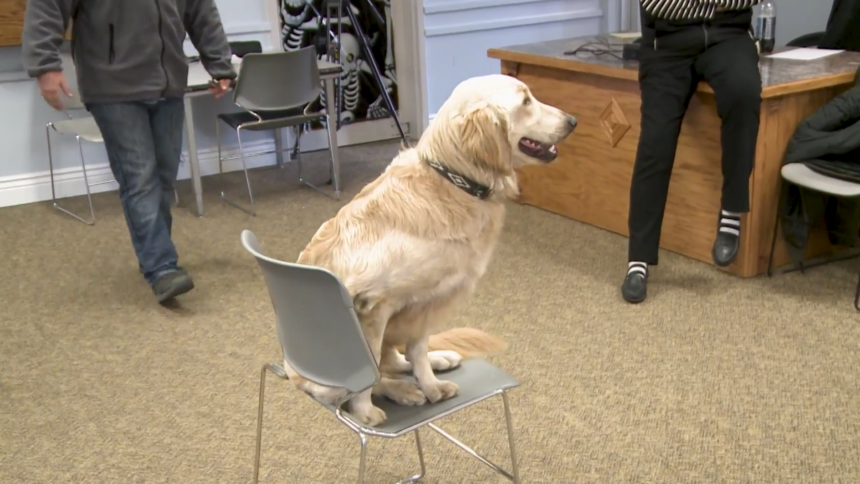 IDAHO FALLS, Idaho (KIFI/KIDK) - The director of the Idaho K9 Academy has more work than he can handle. Since opening in January at the Snake River Animal Shelter in Idaho Falls, more and more people are learning about the fantastic pet training available locally. Coby Varonovich says he can't keep up.

"There aren't enough hours in the day," says Voronovich. "But if I can train other people and get other people to make an impact, we'll make a much bigger difference."

"The work camp reached out to me. I'd never done anything like this. We just figured it out as we went along. It's turned out to be a really awesome program," says Vonovich.

These three men live with the dogs. They both learn skills they can use when they get out. A well-trained dog and an inmate that has an employable skill when he's served his time. You might think they'd be sad when they have to give up the dog they've trained for weeks, but no.

"It's really a privilege working with them," says Brandon Wilson. " Knowing he's going to be able to help his owner get out of a chair, or turn on a light, whatever simple tasks we can teach him. It's a privilege. "

Aiko is Wilson's first dog. He's learned to stay under his owner's wheelchair and stand steady when she wants to get up out of the chair.

"I got her at 8:00 this morning so I've only had for a few hours," says Boldt. "When she first came in she didn't know how to sit. Already I've got her to sit, and lay down."

Otto remains one of the stars of the group. His trainer is Robert Fisher, and Otto is his seventh dog to train.

"He's a very special dog. He's is going to a home for a good purpose to a girl with autism. He's just an awesome dog."

The warden at the work camp says the whole facility benefits from this program.

"If you were to go out into the facility you'd see the dogs walking about. It just brings the temperature down," says Warden Glenn Armstrong. "Just a piece of normality that we're able to bring inside the facility."

Eventually, these men could make a living training dogs. What a win-win.

You can take your dog into the Snake River Animal Shelter in Idaho Falls for a free evaluation. Voronovich can tell you if the dog will make a good pet, or something more. Call 208-715 0415 to make an appointment.

Karole is an anchor for Local News 8.