Believe it or not, coffee is the second most sought-after commodity in the world. Behind only crude oil, the coffee industry pulls in more than $100 billion a year.

It’s an industry that employs nearly two million Americans. But in an era where more than 400 million cups are sold each day, how are the local shops stay in business?

Differentiation is a big part. Many of the chain shops have the exact same atmosphere at all of their locations, in many cases, thousands of stores.

Neon lights, live music and specialty blends are among the things local shops here in the Gem State are doing to stay in business.

Many of the shops were around long before places like Starbucks and other chains came into the area. These places have had the support of locals for decades and serve many who live nearby or attend the area universities.

Bart Nawotniak, the owner of The College Market, said that his store, which sells both coffee and food, sells about 6,000-9,000 cups of coffee a month.

Nawotniak first got into the coffee industry more than a decade ago when he was living back in Buffalo, NY.

Among the changes, he’s seen is the different varieties of coffees that people are drinking now. Different blends and flavorings weren’t as large of a part of the business back then but it’s a huge piece of it now.

But when it comes to competing with the major chains, places like The College Market put their focus on the people.

Nawotniak told me that the “homey” feel of his coffeehouse is one of the things that makes it stand out from others. A different atmosphere of sorts.

A little down the road at Mocha Madness, manager Samuel Vineyard also stressed that it’s the people who keep him and his store going. Vineyard said the people are his favorite part of the job, calling the experiences with them “an ongoing story.”

While it is a flooded industry, even here in Southeastern Idaho, the people who buy local and continue to visit these stores are what gives them life. Being connected with, and serving the community are goals shared by both stores, seeing that as the way to keep going into the future. 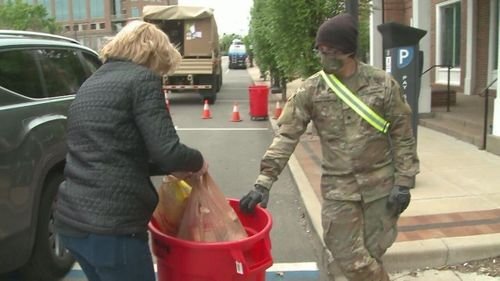