The event put skiers and snowboarders of all ages, shapes and sizes, to the test, making their best attempts to skim the pond and come out clean on the other side.

Some in costumes, some barely dressed, the participants just wanted to put on a show in the late season snow.

“My hands are freezing but, too much adrenaline to be cold, yeah, the adrenaline warms you up…yeah, I don’t care, it’s too fun,” skimmers Russell and Saxton explained.

Brooke Coleman was also having fun in her butterfly suit, “to help me fly across the pond,” she said.

Although the wings didn’t lift her above the pond she made it across without getting too wet.

As someone who’s never skimmed before, I wanted to know how participants prepare.

“The first time, you don’t know what you’re getting into, so you just gotta go,” Russell and Saxton said in agreement. “Yeah, it was gnarly the first time, I just went as fast as I could. and I popped out the other side, still safe.”

Speed seemed to be the key to success, according to those who had successfully done it.

“Go fast and keep them straight, one said, “keep your speed up and have confidence, go for it,” another added. “Go fast and send it. Yeah, you gotta go all the way, keep your tips up, or else you’ll get tomahawked,” Saxton advised.

Armed with the knowledge I felt I need to succeed, I made my way up the slope, clipped in, and sent it downhill…only to faceplant in front of dozens of onlookers.

But it’s that nervous feeling that some say you need to make it.

“And then making it is the best part when you make it,” Coleman added.

And that snow that fell during the event adds to Pebble Creek’s already record-breaking snowfall.

The mountain’s final day this season is tentatively set for April 7, but a few bonus weekends could be in the forecast. 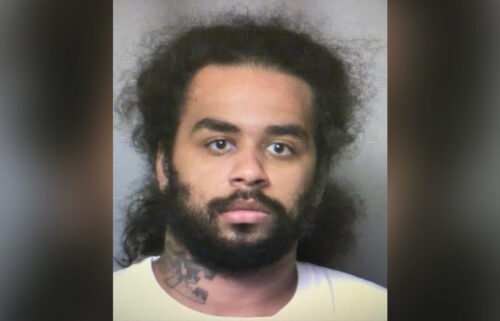