Paul Cardall has recorded 11 No. 1 albums on the Billboard charts. He has had 21 albums in the Top 10. His music has amassed 2 billion streams and counting, with 25 million unique listeners. If that’s not incredible enough, he taught himself to play piano as a teenager.

“Because everybody that had what I have died,” said Cardall.

A rare form of congenital heart disease brought him into this world with half a heart. He was born with only two chambers. The condition led to countess medical procedures as a young boy — too many to mention, he said. To pass the time, Cardall began taking piano lessons.

He would go on to teach himself. Things really began getting serious in his teens, both in his music world and with his health. He was staying in a hospital days at a time.

“At 9 o’clock at night, after everyone is gone, I would go to the piano in the children’s hospital, where I was living, and I would just create. I would improvise. I would just play, and I was writing songs on the spot,” said Cardall.

While in high school, two years after his third open-heart surgery, tragedy struck.

“And that third time, they had to reopen me up three different times. It was horrible. And I had to fight, really, to live,” he said. His friend, who played the piano, was hit by a car and died. Cardall was devastated and sat down at his family piano and played just three notes.

“And I was like ‘That’s a melody, but it’s an unresolved melody, like I’m unresolved in his death,'” said Cardall, demonstrating the notes he played at the time. “Why am I so deformed in my heart? I have all these problems. I have scars from trying to survive and yet, out of nowhere, my friend gets in an accident and dies. So I’m playing this, and it’s like a question. And then I try to figure out, ‘How do I answer that question?’ And that is what I hit and that was so uplifting. Almost like everything is OK, but there’s still that sadness. But I need resolve because I’m in pain. How’s God going to help me?

So this becomes my first song that I ever wrote. And it’s really, really simple, but I wrote it and I take it to his parents. I said, ‘I wrote a song. I’ve never played the piano before, other than my lessons. I don’t even know what I’m supposed to do with it, but I feel like I should just play it for you.’ And I played it, and we were all bawling, but then it was, like, ‘Play it again’, and I knew when they said, ‘Play it again,’ that it was not ‘Thank you. I appreciate that.’ They generally had a moment,” he said.

It was at that moment, Cardall said he knew what his calling in life was to be. He would eventually collapse on a tour bus in 2007 in Idaho Falls with country stars Charley Jenkins and Jason Aldean.

“That led to ‘You’re in bad condition. We need you to start talking about getting a transplant, seeing if you qualify for a transplant,’ but it was here in Idaho Falls. I just drove past the hospital, and I was, like, having all these memories of being there,” said Cardall.

His latest album is a recreation of the emotions he has experienced over the last 10 years and while in the hospital. He said he wanted to take people back to why he started playing piano in the first place and help the listener.

“Because my heart has been healed, I want to help heal your heart, and music is the best resource to create an atmosphere so that God can, or the universe, or whatever you want to define it as, can heal you,” said Cardall.

The Paul Cardall Family Foundation funds scholarships for students affected by congenital heart disease. Cardall sat on the executive board for the Saving Tiny Hearts Society for seven years.

Cardall has recently been nominated by the Gospel Music Association for the 50th Annual Dove Awards’ Instrumental Album of the Year. He won the award at the ceremony held in Nashville Oct. 15. The awards will be re-broadcast on Trinity Broadcasting Network Sun., Oct. 20, Sat., Oct. 26, and Sun., Oct. 27.​​​​​​​ 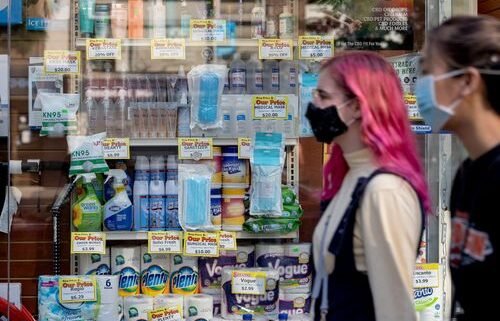