US-26 from Ririe to Swan Valley is also closed.

You can view the latest HERE.

UPDATE 12:00 p.m.: As of Noon Tuesday, there were still three road closures in eastern Idaho. They are Idaho Highway 32 between Ashton and Tetonia, Highway 33 from Newdale to Tetonia, and warnings on Highway 33 of a closure ahead on Teton Pass. Others could still be snow-covered or drifting, so caution is advised.

In reaction to WYDOT's decision to close Teton Pass at 8 p.m. Tuesday for avalanche mitigation, START Bus canceled its 7:30 p.m. return trip from Jackson to Teton Valley. It will not re-route over Pine Creek Pass.

The remainder of the Idaho commuter routes will department from Snow King at their regular times of 3:45 p.m., 5:05 p.m. and 6 p.m.

Idaho 33 from Newdale to Tetonia is closed

Idaho 32 from Ashton to Tetonia is closed.

Idaho 87, from US 20 to the Montana state line (3 miles north of Island Park) the road is closed for blowing and drifting snow.

Idaho 47, between US 20 in Ashton and 4350 East Road to 1900 North Road (one mile north of the Warm River area) is closed for blowing and drifting snow.

Wyoming Highway 22 over Teton Pass is scheduled to close at 8 p.m. Tuesday for avalanche mitigation work, but reduced visibility and winter driving conditions could force an earlier closure. No parking will be allowed at the summit of Teton Pass beginning at 5 p.m. Tuesday and will be strictly enforced.

UPDATE 4:45 p.m. The Idaho Department of Transportation reports ID-26 from Ririe to ID-31 in Swan Valley and I-15 from Dubois to Montana Stateline are now open.

UPDATE 4:00 p.m. The Idaho Department of Transportation reports ID 31 from Swan Valley to Victor is back open.

Various locations in eastern Idaho are experiencing high-speed winds that are creating blowing and drifting snow and low visibility on the roadways.

The Idaho Transportation Department has temporarily closed numerous roads because of the snowy and icy conditions.

The following roadways are closed:

ITD will be plowing around the clock until the roadways are clear and safe to open. This storm is predicted to last through Thursday and roadways are not expected to reopen until wind speeds slow down, weather permitting.

The Idaho State Police and ITD are encouraging motorists to use caution and choose alternate routes if they must travel.

You are advised to drive at a safe distance, slow down and prepare travel plans ahead of time by checking the improved 511 for road updates HERE. 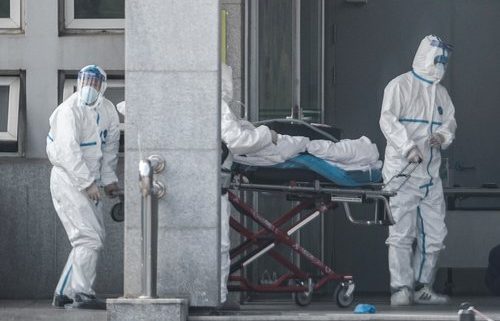