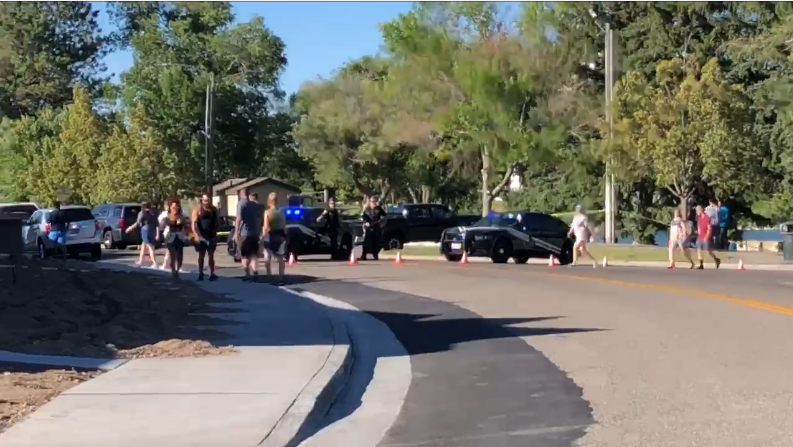 Police blocked off a portion of River Parkway in Idaho Falls Sunday afternoon to investigate the death of man.

Idaho Falls Police spokesperson Jessica Clements said a non-local agency called looking for a person of interest and that he may be in Idaho Falls.

Officers located the man near the greenbelt across from the Best Western Driftwood Inn. As police approached him to ask questions, the man took his own life with a firearm.

The man's name will not be released until the next of kin have been notified.

It's unknown why the man was a person of interest.