The Idaho State-Civic Symphony held its opening concert of the 2021-22 season.

It was a long-awaited chance for violinist Kaiden Nicholls to get back on stage.

"It's my first time performing this season since 2019," Nicholls said. "I actually left school for a little bit, and so this is my first semester back. I believe it was a pretty good start to the season."

Being back live is something he says you can't emulate.

"When you get up on stage, everything just kind of stops going in your mind other than the music, and you just go with the flow and just get in sync with the music and forget everything else that's happening," Nicholls said.

During the performance, ISCS musicians performed the world premiere of "Shadows", composed by the acclaimed Ellen Taaffe Zwilich and performed by celebrated pianist, Jeffrey Biegel.

Ellen Taaffe Zwilich is one of the most respected and inspiring composers of American contemporary music. Zwilich holds a doctorate from The Juilliard School and has received the Pulitzer Prize in Music (the first female composer to receive this award) and four Grammy nominations. Dr. Zwilich has been elected to the American Classical Music Hall of Fame and currently holds the Krafft Distinguished Professorship at Florida State University.

Pianist Jeffrey Biegel organized the initial commissioning of Shadows for piano and orchestra, which had its world premiere on October 29, 2011, with the Louisiana Philharmonic Orchestra. Due to the pandemic in 2020, Dr. Zwilich decided to take several original works and arrange them for smaller ensembles, with Shadows featuring a piano soloist and seven players on stage.

"Usually when you play with a full orchestra, the conductor holds it together, but here the conductor was like a member of the ensemble holding us together, and the interaction was more chamber music like," Biegel said. "It’s where there's a closeness and a bit more intimate in the surrounding."

Jeffrey Biegel has become widely respected for his performances and recordings of traditional repertoire, and for commissioning a dozen composers to write new works for piano and orchestra, and for piano, orchestra and chorus. One such work, Kenneth Fuchs’s Piano Concerto: Spiritualist, was commissioned by several orchestras and recorded with the London Symphony Orchestra with Maestra JoAnn Falletta conducting the Naxos recording. The recording garnered a Grammy win in 2019 for Best Classical Compendium.

Scheduled to perform with ISCS as a guest artist in September of 2020, Mr. Biegel’s performance was postponed due to COVID-19. Biegel has performed all over the country, and says the pandemic taught him to never take the chance to perform live for granted.

"It was a time of reflection and a time of being productive, doing things we may not ordinarily do during normal times, so it became a new normal," Biegel said. "So, it was really exhilarating to see an audience again.

The Idaho State-Civic Symphony is the oldest orchestra in Idaho, established by the Southern Branch of the University of Idaho, which is now Idaho State University. 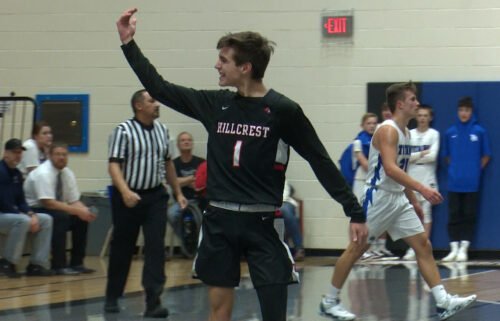