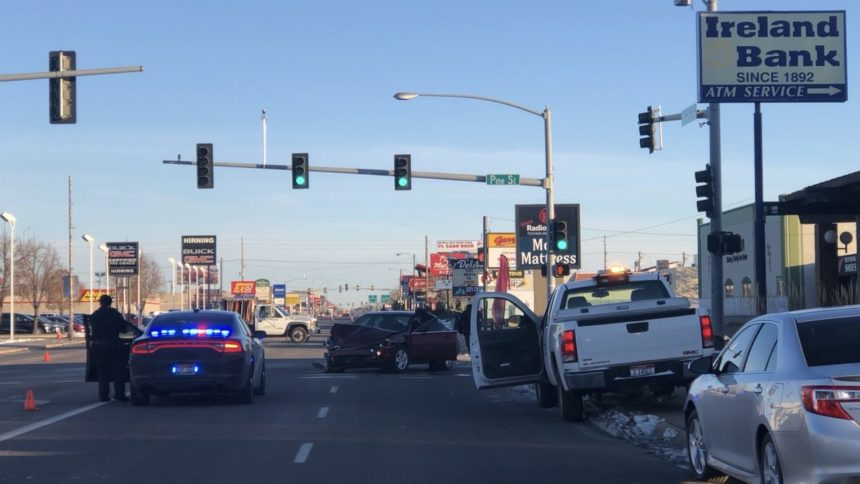 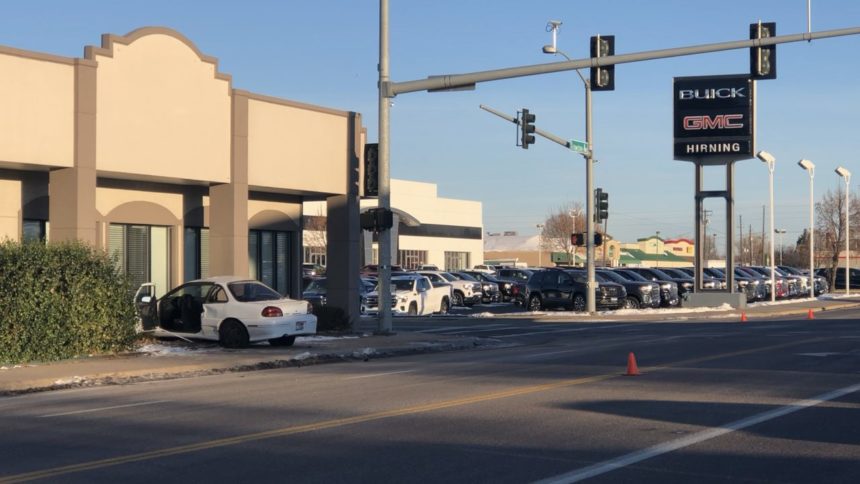 UPDATE 10/31/2019 5:31 p.m.: Two people are in custody after a stolen vehicle crashed into another car on Yellowstone Avenue Thursday morning.

It all started when a maroon Chevy Impala was stolen from the Thunderbird Motel on South 5th Avenue. At 7:36 a.m., dispatch was alerted of a car accident on Yellowstone and Pine.

The Impala was heading east on Pine at speeds exceeding 45-50 mph when it T-boned a car with two passengers, according to Pocatello Police. Investigators are unsure of who was driving the crashed car.

The passengers inside the car that was hit are being treated for injuries at the Portneuf Medical Center. The driver was an adult and suffered minor injuries. The teenage passenger is stable in the ICU.

The drivers of the stolen vehicle ran away from the scene and, allegedly, stole a black Nissan Altima from Pershing Avenue. Police had to use a high-risk stop to detain them on Horizon Drive and Centennial Place. Police arrested around 8:30 a.m.

Police have reason to believe these incidents are related, though the investigation is still ongoing. More charges are expected.

The Pocatello Police are still on the scene investigating a stolen car that led to an accident Thursday morning closing off Yellowstone for over two hours.  The maroon car was stolen from the Thunderbird Motel on South 5th Avenue tin Pocatello.

Two suspects were driving at a high rate of speed on Yellowstone Avenue just after 8:00 this morning when they were involved in a high speed three car collision.

The accident threw the white car into the Physicians Immediate Care building.

The two suspects then fled on foot and stole another car just about a block away.

Police officers were able to track that car down on Horizon Drive where they made a high risk traffic stop and the suspects were arrested.

At least two other people that were driving the cars hit by the suspects had to be taken to the hospital, their conditions are unknown at this time.

Police say that the two cars that were stolen in this incident and another car were stolen this morning and one was stolen yesterday morning.

All of those cars were left running with the doors unlocked, so they could be warmed up.

Police are reminding us to not leave our cars running unattended while they are warming up.

We will have more information as it becomes available.