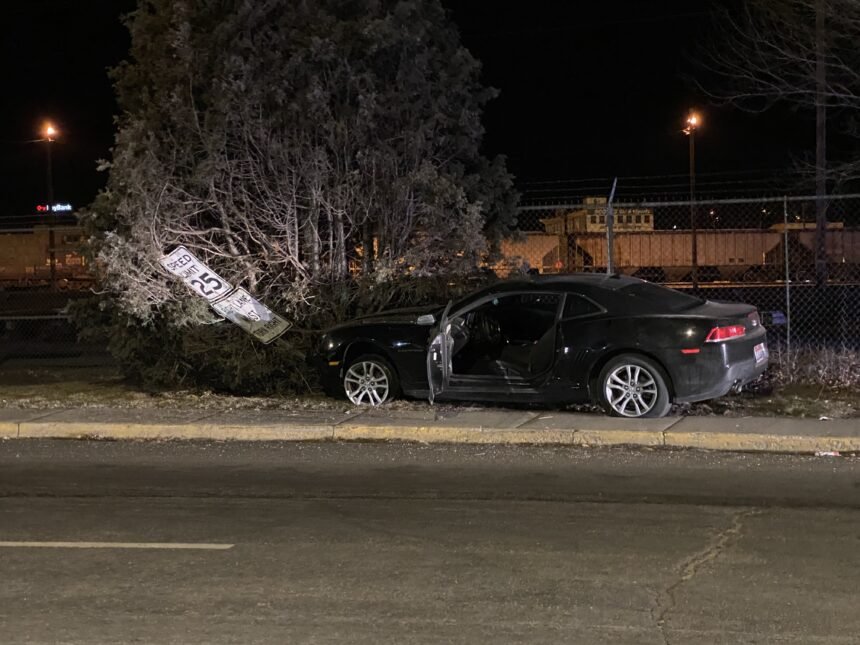 POCATELLO, Idaho (KIFI) - A local man is behind bars after leading officers on a high-speed chase.

Ricky Wallace is being held in the Bannock County Jail for an outstanding warrant after trying to flee from police.

He sped away and reached speeds faster than 100 mph on I-15.

He got off the interstate and went all the way down Clark Street before losing control and crashing near the center street underpass.

Wallace tried to run from police, but they were able to tase him and arrest him.

He has had past run-ins with the law, including another time when he tried to run from police.

ORIGINAL: One man is in the Bannock County Jail Monday morning after leading officers on a high-speed chase.

Fort Fall Police say they tried to pull over 54 year old Ricky Wallace on an outstanding warrant at 12:05 am Monday morning.

He then tried to flee from the officers in a black Chevy Camaro.

Wallace hit the spikes, popping his tires, and then exited the interstate at Clark street. He drove west at a high rate of speed before crashing at the turn near the Center Street underpass.

Wallace then tried to run from police but they were able to tase him and stop him.

He was taken to the Bannock County Jail after being medically cleared by Paramedics.

The Fort Hall Police Department told Local News 8 that they would release more information on the pursuit later Monday Morning.