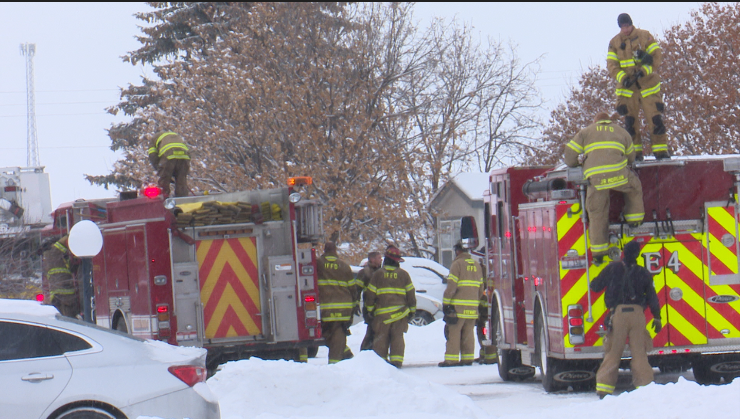 Saturday shortly after 1:00pm Idaho Falls Fire Department responded to a call for a structure fire.

They say three engines and two ambulances initially arrived on the scene.

"We were told that there was a gentleman was still inside the structure. Individuals that live nearby were attempting to help him out of the home," said Idaho Falls Fire Chief Duane Nelson. "The fire was already large enough with heat and smoke that the individuals or neighbors assisting were unable to make entry."

Nelson says that person died at the scene.

The Idaho Falls Fire Department dispatched another engine and another ambulance to the scene.

A total of about 19 firefighters were on scene.

"As we made an entry, there was heavy smoke and fire involvement in the home. We did have one fatality, we're sad to say," said Nelson.

Nelson describes the neighbors as good Samaritans for trying to save the person inside the home get out.

One individual was transported by ambulance and two other individuals that were trying to assist did go into the hospital with minor injuries.

The cause of the fire is still under investigation.