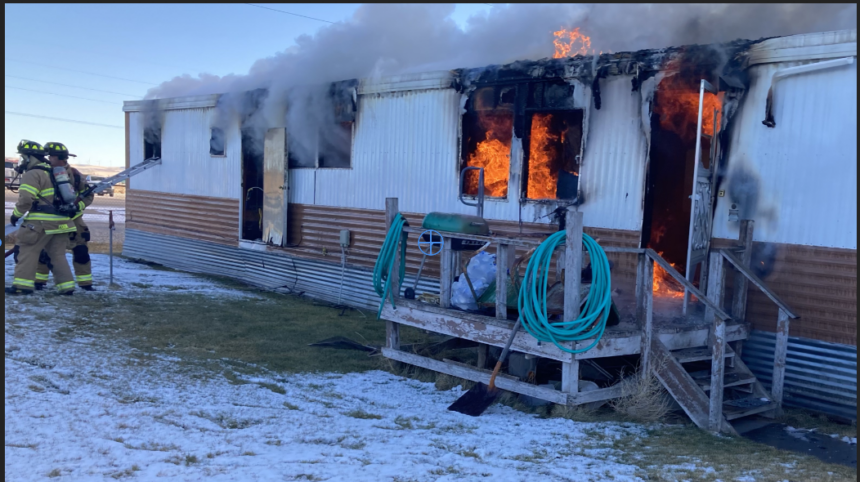 There were no other occupants and no other injuries to any other persons were reported.

The cause of the fire and the man’s death are still under investigation.

The Idaho Falls Fire Department was called to a structure fire at 1:26pm.

A mobile home was fully engulfed when they arrived on scene.

We do know that one person was inside the mobile home at the time of the fire. We don't know if that person is an adult or a child.

An off duty firefighter that was in the area at the time of the fire.

He was actually driving down the road and arrived on the scene first. He went in but the mobile home already had a lot of smoke in it.

So he went to the mobile homes on each side to make sure everything and everybody was okay and that they were out.

They were able to contain the fire to the one mobile home.

There were other mobile homes threatened with the fire.

The fire did not get to those they had it knocked down before then.

The Bonneville County Sheriff's Office has the road close off at the roundabout of 25th and East Iona road, just the west side.

So avoid that area they also have and plan alternate routes.