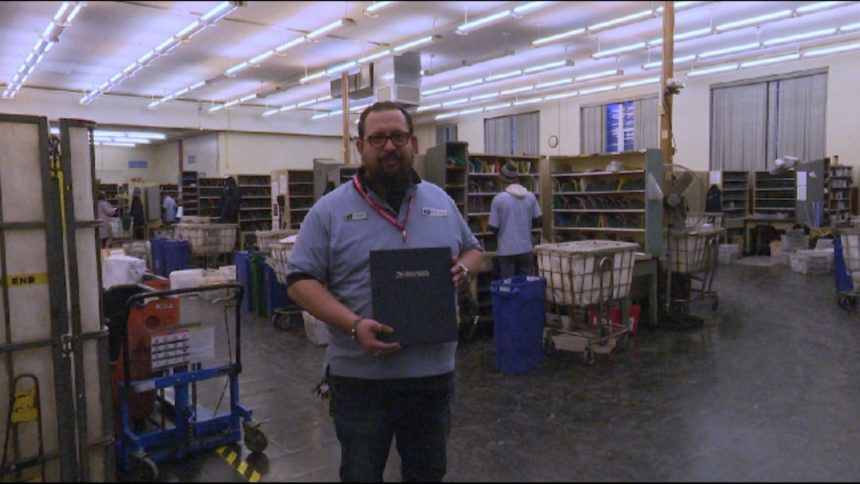 IDAHO FALLS, Idaho (KIFI/KIDK) - A new hero is on the streets of Idaho Falls.

A local postal clerk is being honored for his quick actions.

Troy Wiseman saved the day during a normal shift last month. He noticed something odd while helping an elderly customer fill out a money order.

"He purchased two large money orders and I asked him if he needed help, and he said, no. He wanted to mail them blank, so he was sending a blank check basically to an address here in the United States," Wiseman said.

Wiseman immediately saw that as a red flag.

"I confronted a supervisor and we talked it over. We decided to involve the postal inspection service and let them know that was going on. They took the investigation from there," Wiseman said.

The USPS investigated and returned the money to the customer.

Now Wiseman is getting his just rewards.

"We honored Troy Wiseman with a stand-up for his act of saving a customer from a $900 scam," said Micheal Fugh, supervisor of customer servic. "I thought it was worthy for him to be praised for it."

Wiseman received a thank you letter personally signed by the postmaster general.

Wiseman's peers are thrilled for him.

"A lot of times you see these guys standing up there. They seem to take a long time with customers. That's because everything we do takes time. I'm just glad to finally see someone get some recognition," Idaho Falls post office Doc. Expeditor Forde Howes said.

Wiseman is honored to be recognized but believes anyone in his situation would have done the same.