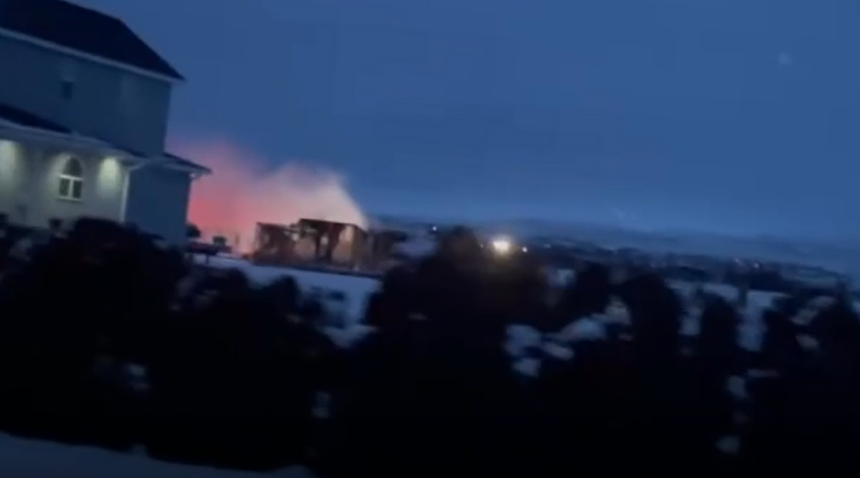 IDAHO FALLS, Idaho (KIFI)-A barn in the 4000 block of South Ammon Road was destroyed by fire at around 6:33 a.m. Friday.

The Idaho Falls Fire Department said first reports indicated flames were rising 24 feet into the air above an outbuilding.   The fire had extended to a hay stack by the time firefighters arrived.

No other structures were threatened and the fire was under control by 6:52 a.m.

There were no injuries to people or animals in nearby pastures.

Station 4 firefighters planned to remain on scene to make sure there were no hot spots.  The cause of the fire is under investigation.