The captain of a container ship that caught fire and partially sunk off the coast of Sri Lanka, causing one of the country’s worst environmental disasters, was arrested Monday before being granted bail, local police said.

Russian captain Vitaly Tyutkalo appeared before the Colombo High Court for violating the country’s Marine Pollutions Prevention Act, which prohibits unauthorized discharge of pollutants. He was not formally charged but is due back in court on July 1, according to police spokesperson Deputy Inspector General Ajith Rohana.

The fire-ravaged ship, MV X-Press Pearl, began sinking on June 2, heightening fears of an oil and chemical spill that would threaten nearby lagoons, marine life and birds. The vessel was laden with chemicals such as nitric acid and carrying 350 metric tons of oil in its tanks.

The Singaporean-registered ship was sailing from India’s Gujarat to Colombo when a fire broke out onboard on May 20, as it was nine nautical miles off the Sri Lankan coast. For 12 days, the Sri Lanka Navy and Indian Coast Guard tried to douse the flames and stop the ship from breaking apart or sinking.

Images from the Sri Lanka Navy showed a large number of bags piled on the beach full of debris from the ship.

Fishing in the area was suspended and environmentalists warned birds and marine life could be threatened by the plastic and chemical pollution.

Local fisherman said the plastic pollution, which continues to move southwards with the current, has destroyed their livelihoods.

In a June 12 statement, the ship’s operator, X-Press Feeders, said the rear of the vessel remains on the seabed 21 meters (69 feet) below the surface and the stern of the ship is “afloat and is reported as stable.”

It said while the “scene remains under observation with no signs of debris and no confirmed reports of fuel oil pollution” a “gray sheen” continued to be observed “emanating from the vessel.”

The ship’s operator did not specify what the gray sheen could be but said “discoloration of the sea has been apparent since the vessel’s stern became submerged” and the remnants of its cargo were exposed to water.

Sri Lankan authorities have launched criminal and civil probes into how the fire started. 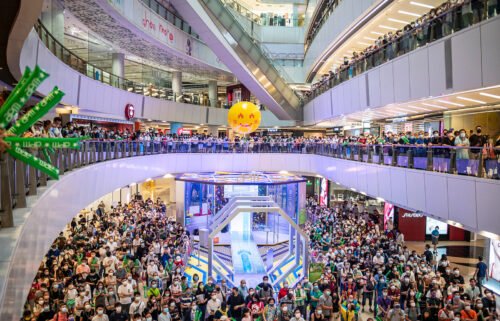 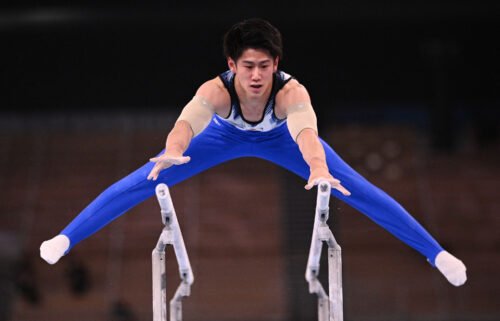