Beijing recorded its first Covid-19 case in nearly six months on Wednesday, as Chinese authorities scramble to prevent the spread of the Delta variant amid an outbreak linked to an airport in the populous eastern city of Nanjing.

China recorded 49 new cases on Wednesday, including 24 local infections from three additional provinces, according to the National Health Commission (NHC), taking the total number of cases associated with the new cluster to at least 175.

Though the latest nationwide count marks a slight drop from the 86 cases recorded Tuesday — the highest single day increase since January — the virus’ spread across provincial borders is sparking alarm among the country’s leaders, after more than a year of low case numbers and resumed daily life.

A second new case was reported in Beijing on Thursday afternoon, with health authorities describing the two local cases as a husband and wife who had recently traveled to a city in Hunan province that has been linked to the latest outbreak. Close contacts of the couple have been placed in quarantine.

The coronavirus was first detected in the central Chinese city of Wuhan in late 2019, rapidly spreading across China and the world. Yet despite being the first country to succumb to the virus, China has since managed to successfully contain its spread. Since March 2020, the official case figures have remained low, and occasional flare-ups have been quickly contained with mass testing and severe restrictions, including mass lockdowns of hundreds of millions of people across the country.

The current outbreak, however, poses a new threat, with the more transmissible Delta variant identified in the eastern city of Nanjing, capital of Jiangsu province and a major industrial and transport hub home to more than 9.3 million people.

It will also be a test of the efficacy of China’s massive vaccination program, which has administered more than 1.5 billion doses so far — a scale and speed unrivaled by any other country in the world.

Other countries in the region, including Thailand and Australia, have also been hit by the Delta variant and are currently battling outbreaks. But these countries have also struggled with a slow vaccination rollout beset by delays and shortages. This is in sharp contrast to China, which is on track to reach its goal of achieving so-called “herd immunity” — the point at which enough people have either been infected or vaccinated to end community transmission — by December this year.

The latest outbreak first emerged last week after more than a dozen cases were detected among cleaning staff at Nanjing Lukou International Airport. The airport is one of China’s busiest, and handled more than 30 million passengers in 2019, according to Chinese authorities.

The outbreak prompted officials to launch mass testing for more than 9 million residents starting July 21; a second round of mass testing was completed over the weekend, and a third round began on Wednesday.

“The recent spike in infections in the city can be attributed to the special location of the outbreak and the highly contagious nature of the (Delta) strain,” said Ding Jie, vice director of Nanjing’s center for disease control and prevention, at a news conference, state media reported Tuesday.

Despite the rapid and aggressive testing campaign, the virus appears to have already spread beyond Jiangsu province.

Infections have been reported among travelers who flew from Nanjing to other parts of the country, according to state-run news agency Xinhua, including the provinces of Guangdong in the south, Sichuan in the southwest and Liaoning in the northeast.

On Wednesday, state-run tabloid Global Times reported that the airport would look to suspend all flights until August 11, citing an insider source. Nanjing airport authorities told CNN that all flights have been canceled since Monday for disinfection works, and would resume once the process is finished. They did not say when that would likely occur and there has been no official announcement relating to the cancellation.

Concern is also growing over a possible secondary cluster, connected to a popular live show in Zhangjiajie national park in Hunan province. Three confirmed cases in the city of Dalian, Liaoning province, are thought to have visited Nanjing airport before traveling to Zhangjiajie for the live show last week, according to state media outlet, The Paper.

More than 3,000 spectators watched the live show in close quarters on July 22. The Beijing cases are among those linked to the live show, according to authorities, ending the capital’s 179-day run without any reported infections.

The Zhangjiajie city government sent out a notice on Wednesday, warning those who attended the show they were “high risk” and needed to self-quarantine and test for infection.

In a rare public show of concern, a number of high-ranking provincial party leaders, governors and health officials met on Wednesday morning in Jiangsu to discuss the outbreak. In a news release posted on their site, the Provincial Committee of the Communist Party of China acknowledged the current outbreak was “severe,” and said the Nanjing cluster could influence the “whole country.”

The statement urged stronger prevention and containment measures, including “closed communities and enclosed areas” — a striking call to reimpose restrictions more than a year after China relaxed its nationwide lockdown and reopened businesses.

Some parts of Nanjing are now under “high” Covid risk alert, while other areas have been raised to “medium.”

Under these new restrictions, indoor venues like cinemas, gyms and bars have closed, large gatherings have been reduced, and authorities are urging people to cancel “non-essential” events. Airport employees are facing restricted movement; the city has also stepped up health monitoring measures and testing for high-risk groups like taxi drivers and security guards.

The city has also built six makeshift testing sites in exhibition centers and train stations, with a maximum capacity of testing 7 million people per day, according to state broadcaster CCTV.

Pharmacies have been ordered to suspend the sale of over-the-counter medicine for fever and cough, that could potentially suppress or hide Covid symptoms. Residential complexes in the city have also tightened their rules by barring the entry of delivery services. 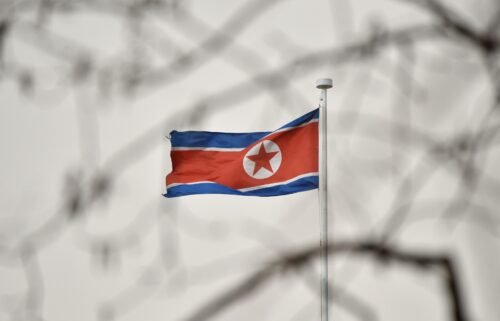 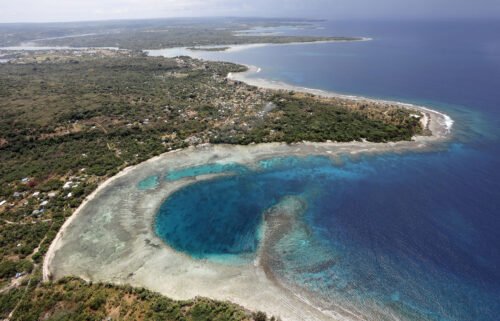