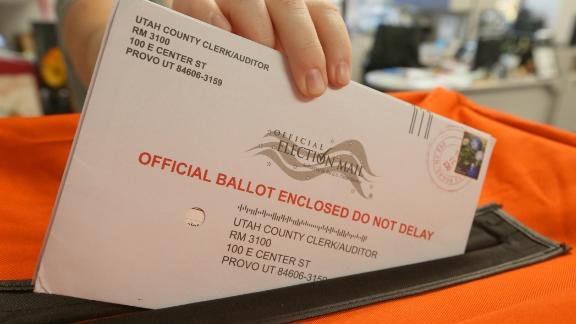 In Bannock County, about 21,000 people voted early this year, making up more than half of the total 33,000 ballots cast in the 2016 presidential election.

As of Monday, 13,000 absentee ballots had been returned through the mail and the drop box. Another 8,000 ballots were cast in person.

Bonneville residents preferred voting remotely, too. As of Monday, 18,000 absentee votes were cast and another 8,000 ballots cast in person.

These early votes don't indicate whether Election Day will be slower than usual at the polls, or if 2020 will see record voter turnout.

“We’re not really sure what’s going to happen tomorrow, if there’s going to be long lines or if a lot of our voters got it done early and aren’t roaming around on Election Day,” said Julie Hancock, the Bannock County Elections Manager.

The first votes to be counted Tuesday night will be the early votes. As polls close at 8 p.m., precincts will start to report back to the elections office. Preliminary numbers will be posted at 9 p.m. and throughout the night, until election officials finish counting.