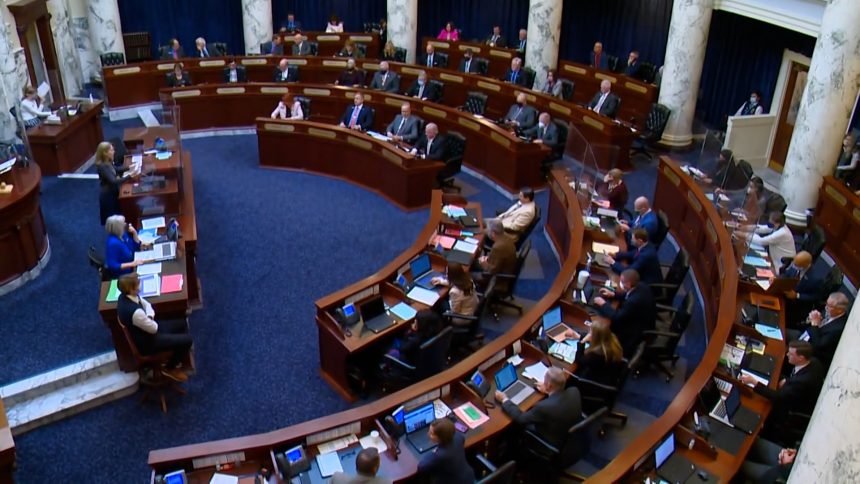 POCATELLO, Idaho (KIFI) - Teachers' salaries are a point of contention in the Idaho legislature this session. Multiple education budgets have failed in the House because of concerns over what students are being taught in the classroom.

This comes after the House failed to pass HB 354 on April 13, which addressed public school teachers' salaries. The bill would have been $1.1 billion package funding Idaho educators, but some Republicans have concerns about a social agenda being pushed to Idaho students.

Representative Julianne Young from Blackfoot told Alex Crescenti from KXLY, “I have talked to parents in my district… who tell me their high school students are getting critical race theory from their government teacher."

"Critical race theory" is an intellectual movement based on the premise that race is a socially constructed category that is used to oppress and exploit people of color. The Idaho Freedom Foundation is one of the leading organizations in the charge against critical race theory in the state, calling it a "leftist takeover of education in Idaho," in a video they released Monday.

Pocatello Representative James Ruchti said the concerns come from a “minority of legislators in the majority party” and calls it political theater, designed to cut spending to schools.

“The reality is, it’s the monster under the bed. It does not exist. It’s not a problem. They’re giving it lip service to create a problem, and then they want to be seen as the warriors who stop it,” Ruchti said.

“I’m not sure what they’re talking about when they make these claims, but Idaho teachers are teaching what they’re supposed to be teaching and that is in the state standards and in the local curriculum,” McGrory said.

McGrory said she was frustrated with the legislature's failure to address Idaho's dismal record in education spending. And after a tumultuous and difficult year for teachers and students because of the coronavirus pandemic, McGrory said that feels like a slap in the face to educators.

“This was an excellent opportunity to move Idaho from being 51st in education spending and show the teachers who have done more in the past year than any teachers have ever had to do, that we are valued and respected in this state, and they simply have not done any of that,” McGrory said.

The education budget will now return to the House budget committees, and then will go back to the House for a vote, but a timeline has not been set.

Local News 8 reached out to several local Republican Representatives for comment on this story, but did not hear back by the time of publishing.