The Titans won the first set, dropped the second set, and won the third set going away. 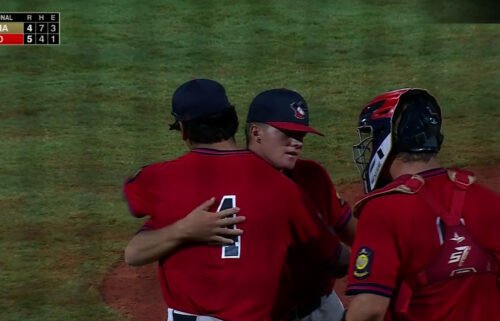