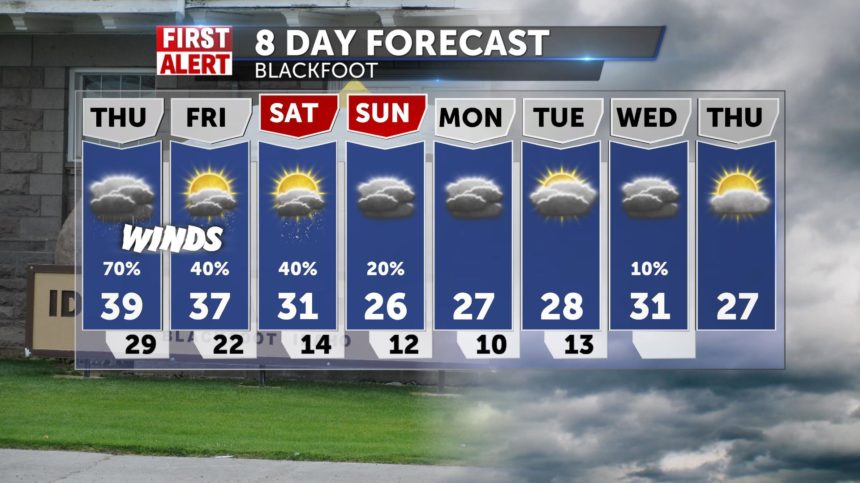 More snow and rain on the way for Thursday. Look for scattered showers to take hold of the region for the rest of the week. Idaho Falls could see 1-2" of new snowfall, while Teton Valley, will look for snow in the 3-7" range. A cold front on Friday will drive in gusty winds with a few snow showers. We'll see freezing highs into the teens and 20's this Sunday and next work week.

Friday:A 30 percent chance of snow, mainly before 11am. Cloudy, with a high near 35. Southwest wind 11 to 14 mph, with gusts as high as 26 mph. New snow accumulation of less than a half inch possible.

Saturday: A 20 percent chance of snow. Cloudy, with a high near 28. 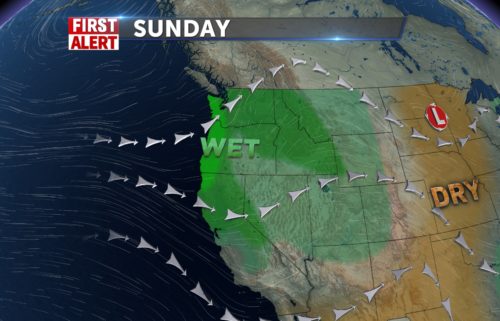