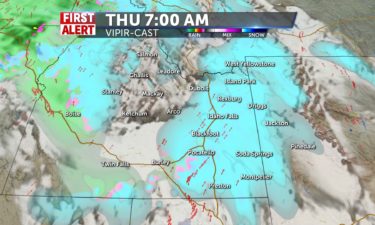 Another round of scattered snow showers will arrive late Sunday and into Monday. Accumulations around the Snake River Plain and some valleys should be an inch or less. Higher elevations in the central mountains and eastern Highlands could see 2-5".

Monday: A 40% chance of snow. Highs in the mid 30's. . New snow accumulation of less than one inch possible. Scattered snow showers Monday night, with a low around 25°.

Tuesday: Mostly cloudy, with a high into the mid 30's.

Jeff is a weekend weather anchor for Local News 8 and KIDK Eyewitness News 3. 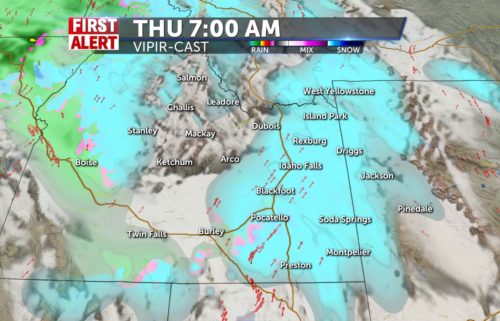 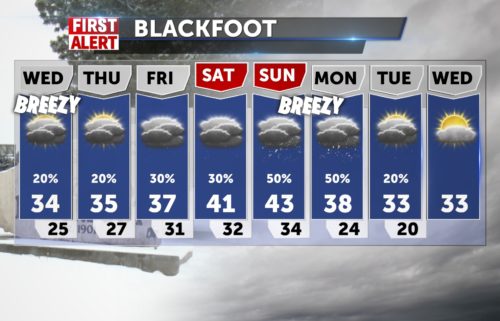