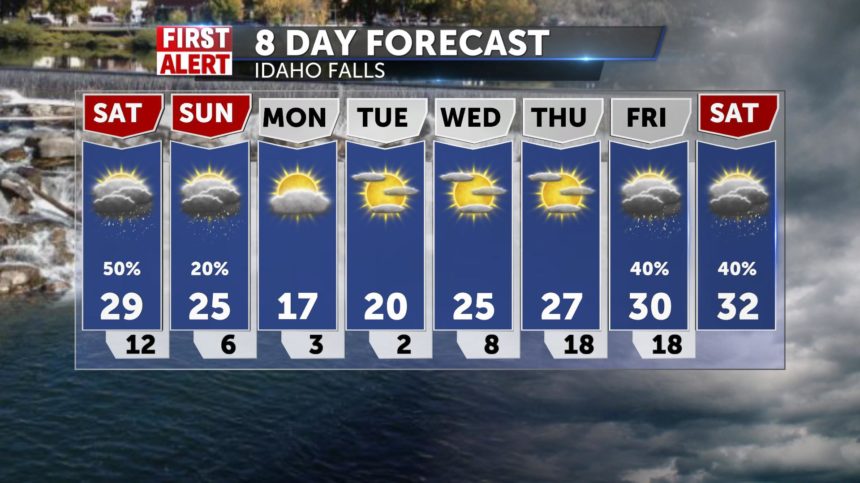 Scattered snow showers in the forecast to start off the weekend. Clearing as we move into next week, with dropping temperatures.

Saturday, we'll see mostly cloudy skies with a chance of snow. Temperatures into the upper 20's and lower 30's.

Sunday: Mostly cloudy, with a high into the mid 20's. A slight chance of snow showers. West southwest wind 5 to 10 mph.

Monday: Mostly cloudy, with a high into the teen's and lower 20's.

Tuesday: Areas of freezing fog before 11am. Partly sunny, with a high near 20°.