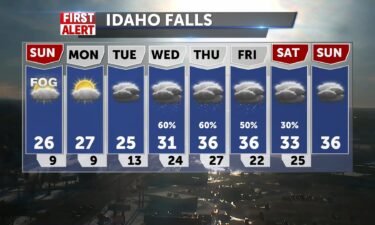 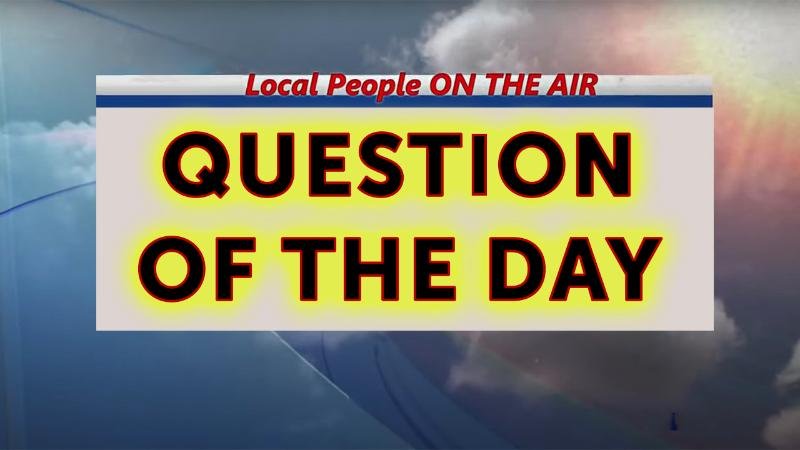 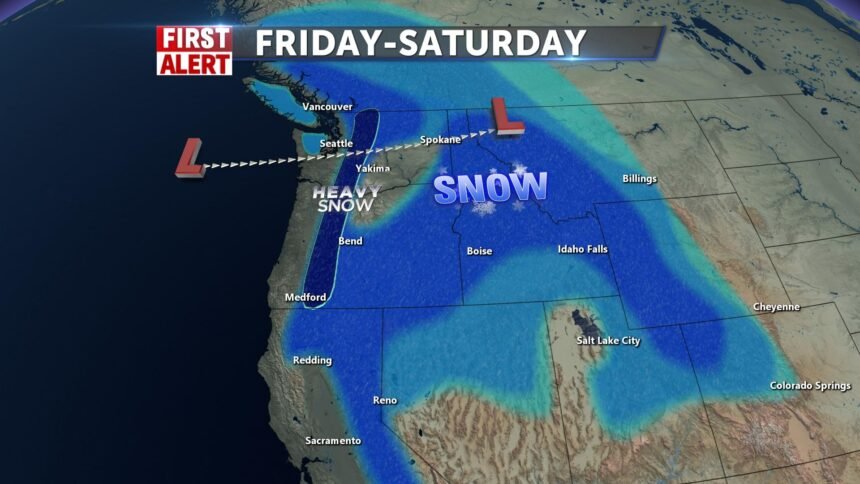 A storm system is approaching form the northwest. We'll see a slight temperature bump up-ward, before a cold front arrives into Saturday. Areas of the Snake River Plain and lower elevation valleys, will look for a rain snow mix, with highs into the upper 30's to lower 40's. Rain will turn over to snow for Saturday morning, with the cold front's passage. Current estimates for snowfall Saturday, are around 1-3" of snow for the Snake River Plain. Expect heavier snowfall amounts for our local mountains, especially westward facing slopes. The National Weather Service, has issued Winter Storm Watches for Saturday, for our local mountains. We'll also see gusty winds with this storm, wind gusts around 20-30 MPH. Sunday, a few leftover snow showers expected with highs into the mid to upper 30's. By Monday and Tuesday, we'll see a nice re-bound of temperatures into the 40's and 50's, with a partly cloudy sky. 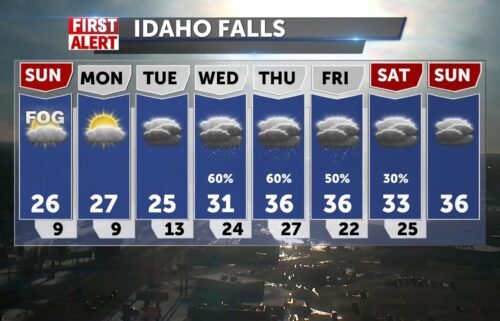 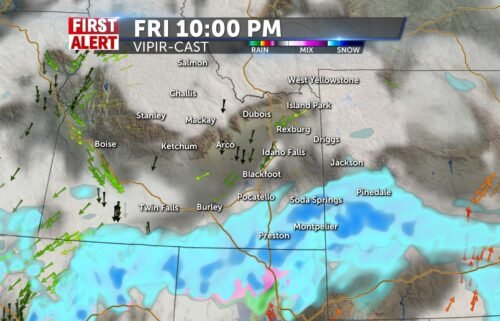 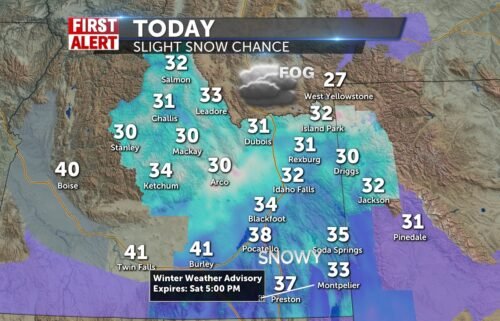 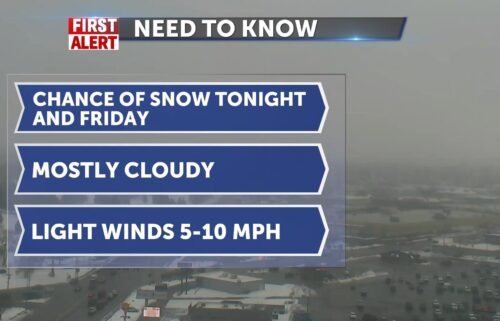