More than 50 million Americans remained Wednesday under heat alerts and hundreds of deaths have been reported across the Pacific Northwest and Canada amid a devastating heat wave. But relief is coming for many, forecasters say.

Brittish Columbia and US cities — including Seattle and Portland — have reported their hottest temperatures on record.

In the meantime, electricity provider Con Edison implored its 3.5 million customers in New York City and Westchester County to conserve energy as the company tries to “help keep service reliable, as the intense heat and humidity continue for a fourth straight day,” the statement read.

While temperatures are likely to let up in the Northeast by Wednesday’s end, the heat is expected to last in the Northwest well into mid-July, CNN’s meteorologist Michael Guy predicted.

Temperatures are expected to remain above normal over much of the Northwest heading into the weekend, but the record-setting heat wave will continue to slowly diminish.

Portland set an all-time, record-high temperature three days in a row, topping out at 116 degrees on Monday. Seattle hit 108 degrees, breaking the all-time record it set just a day earlier.

Across the border, Lytton, British Columbia, hit 121 degrees on Tuesday — the highest temperature ever recorded in Canada. The record was broken on Sunday and then again on Monday.

Kristina Dahl, a senior climate scientist at the Union of Concerned Scientists, says the heat wave is “unprecedented.”

“We saw heat records over the weekend only to be broken again the next day,” Dahl told CNN, “particularly for a part of the country where this type of heat does not happen very often.”

“You warm up the planet, you’re going to see an increased incidence of heat extremes,” Mann told CNN.

At least 676 people in Washington state visited emergency departments for heat-related symptoms from Friday through Sunday — before the heat wave hit its peak.

On Monday alone, there were 688 heat-related emergency department visits, according to Portner, who said the state had recorded at least 1,384 hospital visits related to the heat since the weekend.

In addition to the three potential deaths connected to heat-related illnesses, Portner said officials were looking into one potential death associated with submersion and drowning.

Seattle fire officials said Wednesday they responded to more emergency calls for service on Monday than on any single day in at least the last six years. The city hit 108 degrees on Monday, when firefighters responded to 544 emergency calls, according to Kristin Tinsley, a Seattle Fire Department spokesperson. The calls were for heat-related medical emergencies and brush fires.

Since the start of the heat wave on Saturday, Seattle firefighters have responded to 129 heat-related medical emergencies, with 75 calls alone on Monday, Tinsley said.

King County, which is home to Seattle, had 40 emergency department visits for heat-related illness on Saturday and 91 on Sunday, according to Gabriel Spitzer, communications specialist for Public Health Seattle & King County.

On Monday, there were 223 emergency department visits for heat-related illness among King County residents, according to Spitzer.

The King County, Washington, medical examiner’s oOffice on Wednesday reported 11 heat-related deaths and one drowning. There were also 105 emergency department visits for heat-related illness on Tuesday, with 32 admitted to hospitals.

The eastern Washington city of Spokane hit 109 degrees, breaking the previous record of 108 degrees set on August 4, 1961, according to National Weather Service Spokane.

Two people died in Spokane after experiencing symptoms consistent with heat-related stress, city spokesman Brian Coddington said. A man in his 70s, was found by firefighters in an apartment building downtown, Coddington said.

“While they were there, they noticed in a neighboring apartment unit, the door was ajar, and they looked in there and found a second person who was also deceased.”

Volunteers with the United Farm Workers in Prosser, Washington, distributed water and Gatorade in the cherry fields, according to the UFW Facebook page.

The high in Prosser reached 113 degrees on Tuesday.

In Oregon, a total of 506 heat-related visits to emergency departments and urgent care centers were reported by the state’s health authority. At least 251 visits occurred on Monday alone, when temperatures were highest.

In the Portland area, the 97 emergency department and urgent care clinic visits for heat illness is nearly the same number of cases they would expect to see all summer, according to Multnomah County communications director Julie Sullivan-Springhetti.

“The record breaking heat also broke records for calls for help. Emergency calls, visits to the emergency rooms, and calls for people and pets reached all-time highs,” Sullivan-Springhetti said in an email to CNN.

“The employee was working on a crew moving irrigation lines. At the end of the shift he was found unresponsive in the field,” Oregon OSHA spokesman Aaron Corvin told CNN.

CNN has reached out to Brother Farm Labor Contractor, Marion County Emergency Management and the Marion County medical examiner for autopsy results but has not yet heard back.

A representative for Ernst Nursery & Farms declined to comment.

At least 486 sudden deaths have been reported across the western coast of Canada near the US border.

“The 486 deaths currently entered represent a 195% increase over the approximately 165 deaths that would normally occur in the province over a five-day period,” British Columbia Chief Coroner Lisa Lapointe said in a statement.

“While it is too early to say with certainty how many of these deaths are heat related, it is believed likely that the significant increase in deaths reported is attributable to extreme weather (British Columbia) has experienced and continues to impact many parts of our province,” Lapointe said.

In Vancouver, British Columbia, officers have responded to more than 98 sudden deaths since the heat wave began on Friday, according to Sgt. Steve Addison, media relations officer. The deaths prompted the Royal Canadian Mounted Police to issue a statement about a “concerning increase in sudden deaths amid the heat wave.”

In Surrey, British Columbia, there have been 59 sudden deaths since Friday, authorities said. While there were only five sudden deaths reported on Wednesday, the Surrey Royal Canadian Mounted Police (RCMP) responded to 31 such calls on Tuesday.

“While the causes of death has not yet been determined in each of these cases, we can confirm that Surrey RCMP is responding to a higher than usual number of deaths since the beginning of the extreme weather conditions,” media relations officer Cst. Sarbjit K. Sangha told CNN.

In the nearby city of Burnaby, police responded to 52 sudden death calls since Friday. Of these calls, 48 were received Monday and Tuesday. Heat is believed to be a contributing factor in the majority of the deaths, according to a release from RCMP.

“We are seeing this weather can be deadly for vulnerable members of our community, especially the elderly and those with underlying health issues. It is imperative we check on one another during this extreme heat,” Cpl. Mike Kalanj with Burnaby RCMP said. 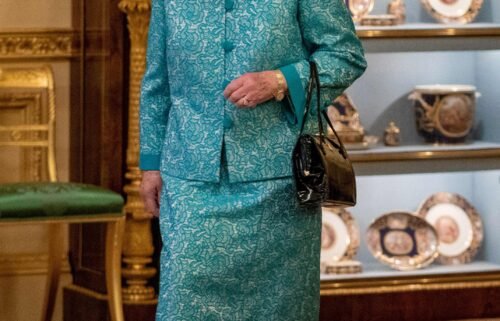 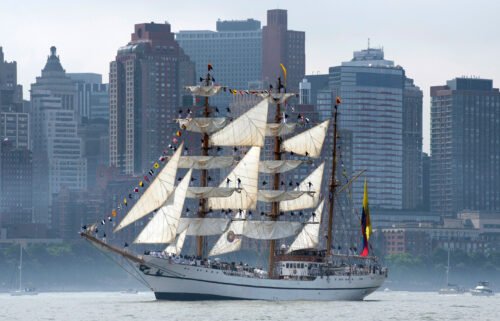