Singapore’s Changi Airport has long been considered a destination in itself, so much more than just a generic space one passes through to hop on a plane and fly somewhere else.

For a decade, it went undefeated in the annual Skytrax ‘World’s Best Airports” awards, losing its crown to Qatar’s Hamad International Airport in 2021. In 2022, it landed in third place on the list, falling behind repeat winner Hamad International and Tokyo’s Haneda Airport.

Now, as travelers return to the city-state and its much-hyped airport following the lifting of pandemic-related travel restrictions earlier this year, Singapore officials are focused on the future — and that includes expansion.

Details have recently been revealed for Terminal 5, with officials promising a space that is a social extension of Singapore rather than just another piece of transport infrastructure.

“Airport as a city”

During a National Day Rally in late July, Singapore Prime Minister Lee Hsien Loong announced that T5 will add capacity for about 50 million passengers per year.

That’s a big number considering its four current passenger terminals are able to handle about 82 million passengers a year.

Pointing to a map while making his address, he noted that T5 will be as big as all four present terminals put together.

“We are building one more new Changi Airport,” he said. “It is huge.”

Construction of T5 will kick off in about two years, with the facility expected to open to travelers in the mid-2030s. Located within the 1,080-hectare Changi East development, it will have a three-runway system and be linked to the other four terminals.

Lee noted that plans for the new terminal were put on pause for two years because of the pandemic, during which the long-term prospects for air travel were reassessed and the terminal design improved.

“We concluded that the future of aviation remains bright. Now, with borders re-opening, people are traveling again,” he said. “Passenger traffic has already exceeded half of pre-Covid-19 levels.

“In the longer term, air travel will keep growing because of a fast-expanding middle class in our region. Hence we decided to go ahead and restart the T5 project.”

Changi Airport served 68.3 million passengers in 2019, prior to the pandemic. Following the relaxation of quarantine and testing requirements, passenger traffic reached 55% of pre-pandemic levels in July 2022, according to official airport figures.

Lee said the T5 design takes into account the recent pandemic challenges, and can be scaled up and down, allowing officials to isolate passengers from different flights to limit cross infection.

The airport will also feature contactless systems at passenger touchpoints, as well as enhanced ventilation systems. In terms of sustainability, the airport terminal will feature solar panels and smart building management systems. District cooling combined with thermal energy storage will be deployed in the terminal building.

“When completed in the mid-2030s, T5 will show the world what sort of place Singapore is,” said Lee.

The terminal is being jointly designed by global architecture firms KPF and Heatherwick Studio.

According to information released by the firms, the concept will see the new terminal as a series of neighborhoods — “an intuitive extension of Singapore itself.”

This means it won’t just be one giant roof, but rather a series of human-scale social spaces that offer different experiences, ranging from small and intimate to large and expansive clearings.

“Our intention is to redefine what an airport terminal can be,” said designer Thomas Heatherwick in a statement.

“Most airports aren’t great places to spend time but Changi has always been different. Rather than making a single vast monolith on the outskirts of a city for the exclusive use of travelers, our plan is to create a social space that people living in the city are excited to visit.”

So what will it actually look like? No renderings of the interior have been released, but KPF’s principal designer, Trent Tesch, says the design is inspired by Singapore’s unique blend of nature and city.

“We are conscious of the international significance of this project, and are focused on creating not only an iconic building that is identifiably Changi Airport, but also a memorable and positive experience for travelers and the greater public,” he said in a statement.

By 1986, construction had already begun on Terminal 2 — a response to the increasing influx of passengers — with the new facility opening to travelers in 1991.

But it was the introduction of some previously unheard-of amenities that really got the world’s travelers to take notice.

For instance, the world’s first transit-area swimming pool‎ was added to Changi in 1995, kicking off a series of additions that would further deepen the chasm between it and other world airports.

Among these were the addition of a news hub, a movie theater and a sports arena in 1998.

Changi Airport Terminal 3 — which now has a 12-meter-high mega slide and a butterfly garden — entered the picture in 2008. Terminal 4 followed, opening in 2017.

Next up: Changi Jewel, which opened in 2019, giving locals with no plans to travel reason to head for the airport.

Featuring a dramatic, doughnut-shaped exterior framed in steel and glass, the 135,700-square-meter space (around 1.46 million square feet) is a multi-use complex that connects three of Changi Airport’s four terminals.

Built at a cost of SG$1.7 billion (about US$1.18 billion) and designed by renowned architect Moshe Safdie, Jewel has 10 stories — five above ground and five in the basement.

The star attraction here is the 40-meter-tall (around 130 feet) HSBC Rain Vortex, which cascades through a huge oculus in the middle of the structure and is billed as the world’s tallest indoor waterfall.

There’s also an 11-cinema IMAX theater and Shiseido Forest Valley, a four-story garden filled with walking trails set amid more than 235,000 square feet of landscaping, all surrounding the Vortex waterfall.

So while it will be more than a decade before Terminal 5 opens, travelers have plenty to get excited about if flying through Changi in the meantime.

Top image: A rendering of Changi Airport’s Terminal 5, which is due to open in the mid 2030s. 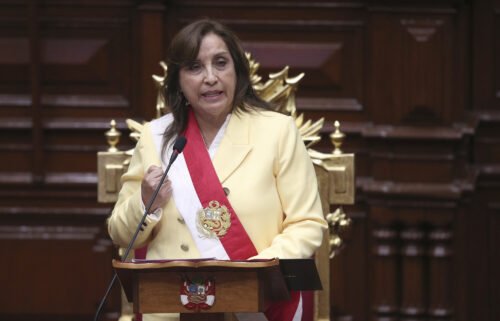 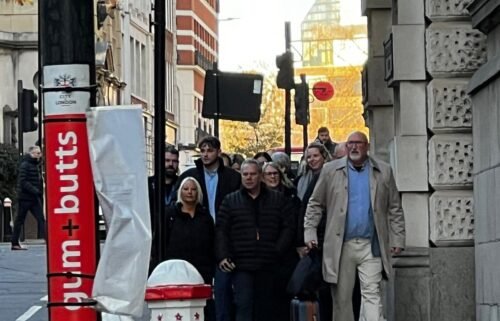 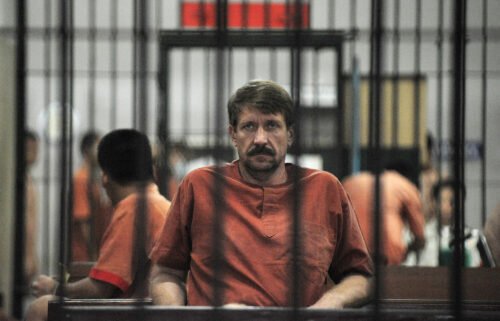 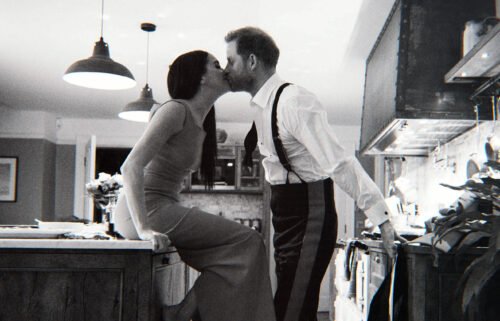