MILWAUKEE (WDJT) — A year and a half into the pandemic and Wisconsin’s unemployment system is still struggling to keep up.

Tens of thousands of people in Wisconsin are stuck in a backlog of appeals. Clint Marks is one of them. He just opened his own business, in part because he had to.

“I borrowed money to lease a shop to get moving,” Marks said.

He lost his job in November and filed for unemployment. He got benefits until March, when he was told an adjudicator had to review his case.

“Thirteen weeks later, an adjudicator, and says you’ve got seven days to get a hold of us to explain why you got discharged from your job,” Marks said.

Marks says he called the adjudicator back and left multiple messages.

“I get a letter in the mail a week later saying it was denied because I didn’t reach out to them,” Marks said. “I feel wronged because to this day I haven’t been able to explain my half of the story.”

So Marks filed an appeal and opened his car detailing shop to make ends meet.

“Bills are stacking up, luckily I had family that was able to help me out,” Marks said. “I had to borrow money to pay essential bills, keep a roof over my head.”

It’s been three months and he’s still waiting for a hearing to be scheduled, and he isn’t alone. Right now 16,410 people are waiting for an appeal, and only about 2,600 of them have a hearing date scheduled.

Nicholas Yurk, an unemployment attorney at Alan C. Olson & Associates, says that backlog also includes people who received benefits but now are told they got too much money and have to pay it back.

“[They] thought they were doing everything right, and then were told no. In fact, they potentially were not legible going back to the beginning of the pandemic,” Yurk said. “They’re looking at potentially repaying $30,000.”

The average wait for an appeal is 55 days, pre-pandemic it was about 12 days. According to a report from the Legislative Audit Bureau, the Wisconsin Department of Workforce Development did not comply with federal regulations from June 2020 through May 2021. Those regulations require states to issue appeal hearing decisions for 80 percent of appeals within 45 days. In May of 2021, DWD reported 17.5 percent decided within 45 days.

“I think there is a lot of frustration,” Yurk said.

Wisconsin isn’t the only state struggling to keep up. The audit bureau report also looked at four other midwestern states and none met the federal regulations. Wisconsin ranked third out of the five.

CBS 58 has heard from several others who are struggling with the long wait times within the unemployment system.

“This is the first time I tried to get unemployment and it failed me,” said Kyle Crowdis, who applied for unemployment 65 days ago and hasn’t heard back. He’s concerned if he’s denied, he’ll have to start waiting all over again for an appeal.

Yurk says the best thing to do, whether you’re getting benefits, waiting for benefits or appealing a decision is keep detailed records. That includes emails, text messages and call logs with former employers and with the Department of Workforce Development.

Meanwhile, the report from the audit bureau says DWD is hiring more administrative law judges to handle appeals and the wait time has decreased slightly since the start of the year. The audit bureau report asked DWD to present a plan to cut wait times to the Legislative Audit Committee by Sept. 16.

DWD did not respond to CBS 58’s request for an interview or comment. 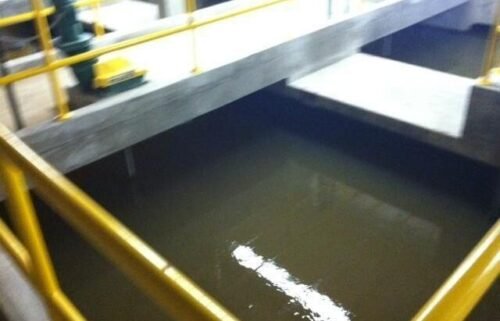