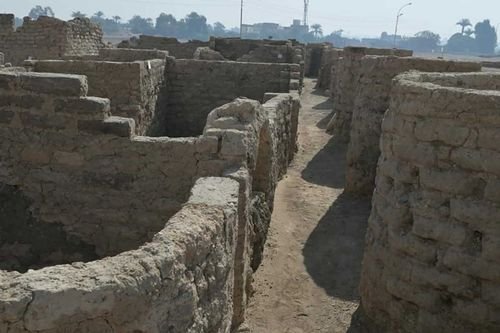 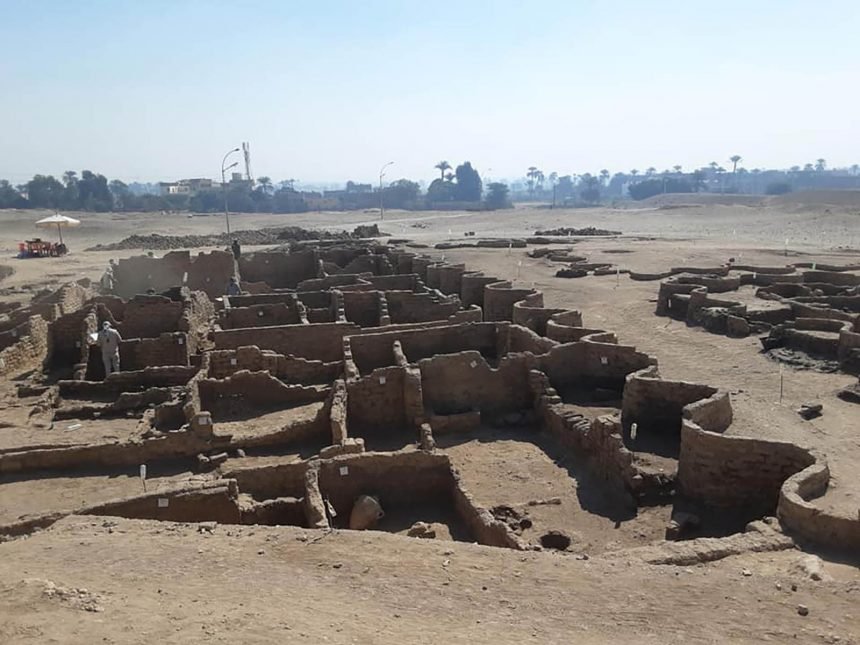 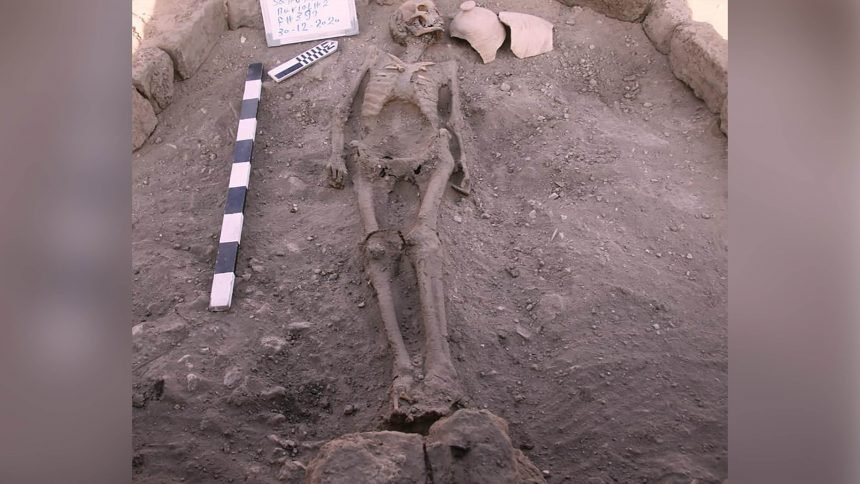 A group of archaeologists has found the largest ancient city ever discovered in Egypt, dating back 3,000 years.

The city, named “The Rise of Aten,” was discovered under the sand on the western bank of Luxor, lead archaeologist Zahi Hawass said in a statement.

It dates to the reign of King Amenhotep III, who ruled Egypt between 1391 and 1353 BCE, according to the statement.

“It was the largest administrative and industrial settlement in the era of the Egyptian empire,” Hawass said.

Archaeologists found the “city’s streets flanked by houses,” with intact walls up to 10 feet high and “rooms filled with tools of daily life … left by the ancient residents as if it were yesterday,” such as rings, colored pottery vessels, casting molds to make amulets, pots used to carry meat, and tools for spinning, weaving and metal and glass-making.

The team also found a large bakery, “complete with ovens and storage pottery,” whose size suggests it was used to cater to a “very large number of workers and employees.”

Other discoveries include the skeleton of a person buried with arms stretched out to the side and rope wrapped around the knees.

“The location and position of this skeleton are rather odd, and more investigations are in progress,” according to the statement, which describes it as a “remarkable burial.”

“The discovery of this lost city is the second most important archeological discovery since the tomb of Tutankhamun,” Betsy Bryan, professor of egyptology at Johns Hopkins University, said in the statement.

The team found an inscription dating back to 1337 BCE, which confirms the city was active during the reign of Amenhotep III’s son, Akhenaten.

Historians believe that one year after the pot was made the city was abandoned and the capital moved to Amarna, 250 miles to the north, but the reasons for doing so remain unknown, according to the statement.

“The discovery of the Lost City not only will give us a rare glimpse into the life of the Ancient Egyptians at the time where the Empire was at his wealthiest but will help us shed light on one of history’s greatest mystery: why did Akhenaten and Nefertiti decide to move to Amarna?” Bryan added.

The excavation, which began in September 2020, has unearthed most of the southern part of the city. However, the northern region is still to be unearthed.

A large cemetery and tombs, similar to those in the Valley of Kings, were also uncovered but have not been explored yet.

“Only further excavations of the area will reveal what truly happened 3500 years ago,” the statement said.