“The bottom line is this: We have the scientific tools we need to turn the corner on this pandemic. Vaccination works and will protect us from the severe complications of Covid-19,” CDC Director Dr. Rochelle Walensky said Friday.

Citing the study, Walensky said those who were unvaccinated were about four and a half times more likely to get Covid-19.

With more than 75 million eligible Americans still not vaccinated, hospitals in many states overwhelmed and fears that cases could grow further in the fall, experts and officials are scrambling to slow the Covid-19 pandemic.

“The one thing that we do know for sure… 160,000 cases a day is not where we want to be,” the director of the National Institute of Allergy and Infectious Disease Dr. Anthony Fauci told CNN’s Anderson Cooper on Thursday. “Unfortunately, that is where we are right now.”

Speaking to Axios, Fauci said suppressing the virus is the “endgame” to the pandemic. Ideally, the US would get cases as low as possible, but a reasonable goal would be to get below 10,000 a day, he said.

In mid-June, before the surge in cases driven by the more transmissible Delta variant, the US reached a seven-day average of about 11,000 new cases a day, according to Johns Hopkins University data.

On Thursday, President Joe Biden outlined a plan that imposes stringent new vaccine rules on federal workers, large employers and health care staff — requirements that could apply to as many as 100 million Americans.

“We’ve been patient, but our patience is wearing thin, and your refusal has cost all of us,” Biden said, his tone hardening toward Americans who still refuse to receive a vaccine despite ample evidence of their safety and full approval of one — the Pfizer-BioNTech Covid-19 vaccine — from the US Food and Drug Administration.

Dr. Todd Rice of Vanderbilt University Medical Center in Nashville called the move necessary. He said his hospital’s staff has been pushed to the brink and he worries about cases climbing in cooler months, which typically see higher rates of respiratory problems.

“The key to getting out of this is to get people vaccinated,” Rice told CNN’s Jim Sciutto on Friday morning. “We have to do something to try to increase our vaccination numbers.”

Dr. Paul Offit, the director of the Vaccine Education Center at the Children’s Hospital Of Philadelphia, said that Biden’s announcement was an important step and that he “put his finger right on what the problem is right now in this country.”

And some experts pushed for more.

“I loved the speech; I wish he had gone further. I wanted the president to restrict travel this holiday season to people who’ve been vaccinated,” CNN medical analyst Dr. Jonathan Reiner said.

However, many Republican governors — some in states with high hospitalizations and low vaccination rates — condemned the strategy. Some even said they would challenge the action in court.

“To be clear: the vaccine is the best tool we have to combat the pandemic but heavy-handed mandates are the wrong approach,” Tennessee Gov. Bill Lee said in a tweet Thursday.

But even with both vaccination and mitigation measures in place, the endgame might not be complete eradication, said Dr. Ashish Jha, dean of the Brown University School of Public Health.

“Basically, it’s going to end the day that we have achieved enough level of population immunity, that the virus essentially becomes a nuisance and no longer a threat,” Jha said Thursday.

Since Delta has been the dominant coronavirus strain, overall estimates of Covid-19 vaccine effectiveness are “similar to those during the months before Delta became predominant,” according to another study by the CDC published Friday.

The CDC analyzed thousands of Covid-19 hospitalizations among adults in nine states between June and August, beginning on the date the Delta variant accounted for more than half of sequenced cases in the state.

West Virginia is facing an all-pandemic high with 252 patients currently in the ICU and 141 patients on ventilators, Gov. Jim Justice announced in a news conference Friday.

“We lost another 38 people since Wednesday. We’re going to continue to lose people in this surge without any questions,” the governor said. “A high percentage of the folks in the hospitals are unvaccinated.”

How the US is tackling the virus

Changes to the Covid-19 response begin Friday, when the maximum fine for violating the federal requirement to wear a face mask when traveling will double to a range of $500-$3,000, up from $250-$1,500.

And to help Covid-19 patients who are impacted by the Delta variant surge, the US is going to increase the availability of new treatments, including monoclonal antibodies, Biden said.

He said the treatments “have been shown to reduce the risk of hospitalization by up to 70% for unvaccinated people.”

Also on Thursday, the New York Police Department confirmed Thursday that any employee who does not get vaccinated or provide proof of a recent negative Covid test will not be allowed to work and will not get paid.

Having workers chose between vaccination or weekly testing will likely increase vaccination, White House Covid-19 response coordinator Jeff Zients said Thursday. “It’s not convenient for most to get tested once per week,” he added.

Data expected on children’s vaccines in the fall

The vaccination effort is largely aimed at US adults, but with school getting started around the country, many experts and parents are concerned about how children will be protected from the virus.

Children have a lower risk of serious symptoms from Covid-19 but are not any less likely than adults to get infected in the first place, Fauci said in a New York Times interview released Thursday.

“So, we’re seeing more children in the hospital now because the Delta variant is more readily transmissible among everybody — adults and children,” Fauci said.

Throughout Florida’s 15 largest school districts, at least 34,085 students and 6,347 employees have tested positive for Covid-19 during the 2021-22 school year, according to a CNN analysis.

In Kentucky, 39 of the state’s 171 public school districts have had to close at some point during the 2021-22 school year due to an increase cases, quarantines and/or staff shortages, Joshua Shoutla, a spokesman for the Kentucky School Boards Association told CNN in a statement Thursday morning.

The Los Angeles Unified School District hopes to curb spread among students by requiring all eligible children to be vaccinated by the end of the calendar year, the school board of education decided in a unanimous vote.

Children under the age of 12 are currently not eligible to be vaccinated.

But those 12 and older can get the Pfizer’s vaccines under an emergency use authorization. According to a CNN analysis of the latest CDC data, about 43% of all 12- to 17-year-olds in the US are fully vaccinated.

Data on Moderna’s vaccine for younger age groups will likely be ready in late October or early November, following Pfizer’s data which is expected by the end of September, Fauci told the New York Times.

After the data are presented, Fauci said it is “very likely” the companies will apply for an emergency use authorization. 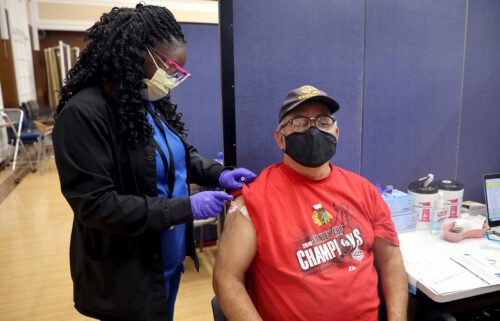 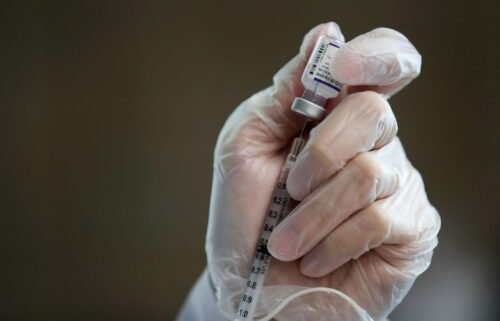 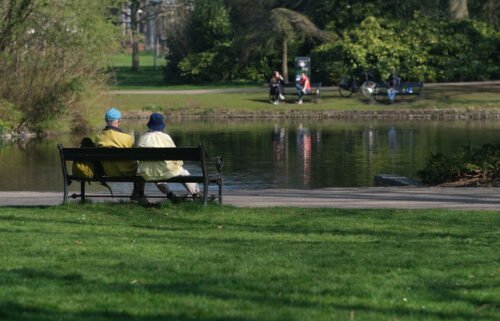 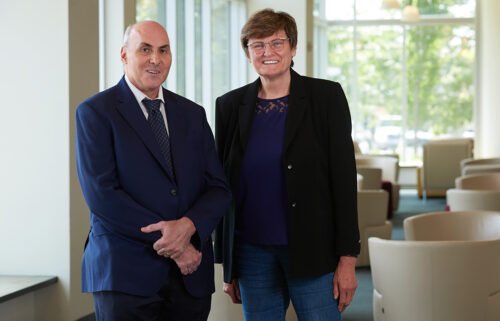