Vaccine advisers to the US Food and Drug Administration declined Friday to recommend the agency approve Covid-19 booster doses for everyone who got vaccinated six months ago or longer.

But why not just go ahead and say everyone who wants a booster can get one? Members of the Vaccines and Related Biological Products Advisory Committee were effusively vocal about why not.

They think it’s too soon

“The stated goal of this vaccine has been to protect against serious illness,” Dr. Paul Offit, a professor of pediatrics at the Children’s Hospital of Philadelphia, told the meeting. “Data shows that these vaccines do exactly that,” he added. “It’s exactly what you’d expect.”

Even Pfizer said its vaccine was still very much preventing severe disease, hospitalizations and deaths in the US, with an effectiveness of more than 90%. The company argued that this might not last much longer, but many members of VRBPAC didn’t buy it.

“It is my opinion that we need this in our armamentarium — a booster dose now, particularly for the elderly and (those with) other high-risk conditions — but I share my colleagues’ angst about the sparsity of safety data,” said Dr. Mark Sawyer, a professor of clinical pediatrics at the University of California San Diego.

“I am hopeful that CDC rolls this out in a gradual fashion.”

Dr. Michael Kurilla, an infectious disease specialist at the National Center for Advancing Translational Sciences, said he suspected Pfizer went too far in extrapolating data on older people to a younger population.

“So it’s unclear that everyone needs to be boosted, other than a subset of the population that clearly would be at high risk for serious disease,” Kurilla said. “It is not clear to me that the data we are seeing now is applicable to the general population.”

Dr. Philip Krause, deputy director of the FDA’s Office of Vaccines Research and Review, noted that Pfizer was using data that had not been reviewed by experts.

“One of the issues in this is that much of the data that’s been presented and being discussed today is not peer-reviewed and has not been reviewed by FDA,” Krause said.

Krause, along with another FDA vaccine official, Marion Gruber, signed a paper published The Lancet earlier this week that argued it’s too soon to start giving people boosters.

Kurilla noted that Pfizer’s studies relied heavily on measurements of antibodies, without looking at other important aspects of immune response.

“It’s a little disappointing that there’s been very little reporting of the cellular immune responses and an entire focus on the neutralizing antisera,” Kurilla said. Immunologists point out that long-lasting protection comes from immune cells called B-cells and T-cells, and Pfizer only presented data on antibody response.

“We are lacking data, including strong data on vaccine doses that have been given,” said Dr. Hayley Ganz, a professor of pediatrics at Stanford University Medical Center.

They are worried about younger adults and teens

“We’re being asked to approve this as a three-dose vaccine for people 16 years of age and older, without any clear evidence the third dose for a younger person, when compared to an elderly person, is of value,” Offit said.

“If it’s not of value, then the risks may outweigh the benefits. And we know the 16-29-year-old is at higher risk of myocarditis,” he added.

The FDA’s Dr. Doran Fink told the meeting the agency was not sure, either. “We really don’t have enough data yet to know what the risk of myocarditis or pericarditis would be following a booster dose,” he said. Studies have shown younger adults and older teens, especially males, have a higher risk of this rare heart inflammation after receiving an mRNA vaccine like Pfizer’s, although the problem resolves quickly with prompt treatment.

Details on this risk might not come out, however, Fink said, until after booster doses were given more widely.

“We have discussed the need for such investigations with the vaccine manufacturers,” Fink said.

“I don’t think we would feel comfortable giving it to a 16-year-old for all the reasons that everyone raised,” said Dr. Eric Rubin, chair of the Department of Immunology and Infectious Diseases at the Harvard T.H. Chan School of Public Health.

Dr. Cody Meissner, a professor of pediatrics at Tufts University School of Medicine, said he didn’t think boosters would significantly contribute to controlling the pandemic.

“It is very important that the main message that we still transmit is that we have got to get everyone two doses. Everyone has got the get the primary series,” he said. “This booster dose is not likely to make a big difference in the behavior of this pandemic.”

“It is a frustrating place to be in when we have in the United States more than adequate supplies of vaccine and yet have been unable to achieve the level of coverage that would result in much better control of the pandemic than we have,” said Dr. Melinda Wharton, director of the Immunization Services Division at the US Centers for Disease Control and Prevention.

“Boosters are probably not the action that is going to have the most health impact in the US,” she said. 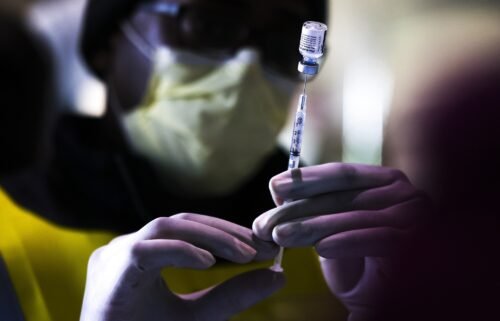 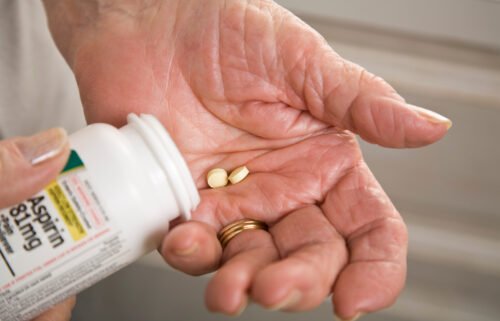