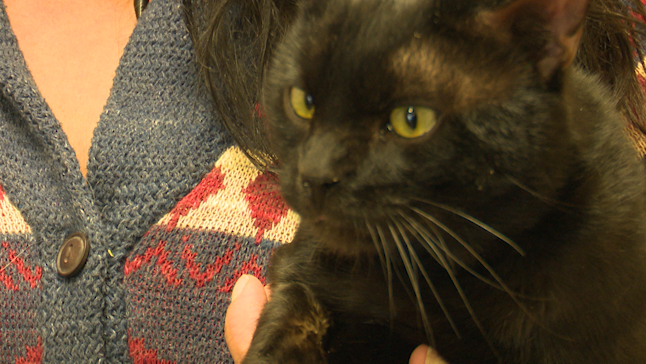 IDAHO FALLS, Idaho (KIFI/KIDK) - One unique cat at the Idaho Falls Animal Shelter may come with a lot of baggage.

Ivan arrived at the shelter the day after New Year's Day.

Rescuers say his microchip reads he is from Russia, but his chip has not been registered, so they are unable to find his family.

The animal shelter says he has such a great personality, and they hope to find him a family soon.

"He's pretty stoic. He's pushy with his affection like he wants you to pet him, but he's not like soft and cuddly like all of the other cats he's kind of just like he walks up to you, pushes into you, once you to pet him and then has enough of it. He's, he's a different kind of cat, he's a unique cat," said Carissa Hernandez special programs manager at the Idaho Falls Animal Shelter.

The animal shelter is only allowed to hold on to pets for five days after putting them up for adoption, so his time on hold is running short. He will be put up for adoption Wednesday.