A family changed forever by a horrific sex crime is going public with their message after the sex offender received his sentence.

Keith Bizauskas, 51, was sentenced to spend the next three decades behind bars. He’s been convicted of multiple felonies in the past and could have other victims, and the victim’s family wants to know why Bizauskas was free in the first place.

There are few things stronger than a mother’s love.

“My favorite thing? She’s a diva,” said the 11-year-old victim’s mother, who asked to remain anonymous.

She said she won’t stop fighting until her daughter is OK again.

“How can you compare to the little angel she was — the little innocent she was — before this monster hurt her?” the mother asked.

Last summer, the then-10-year-old was spending the night at a friend’s house down the street when, Bizauskas, the friend’s father did the unthinkable.

“(Bizauskas) would give her different kinds of drugs — barbituates and amphetamines every time she ate and he told her they were vitamins. And she took them,” the victim’s mother recalled. “Then, he took her in the bedroom and locked her in there in the middle of the night, when his children were running amongst the house and the neighborhood. (He) kept my baby in there all night and did horrible things to her.”

Following an investigation, Bizauskas was convicted of three felonies and sentenced to a total of 30 years behind bars. He’s up for parole after 15.

“If he gets out, he will recidivate,” the victim’s mother said. “He will do it again.”

Bizauskas has an extensive rap sheet, jam-packed with felonies and misdemeanors stretched out over decades across the state of Idaho, including speeding tickets, drug charges, battery and burglary. He has never been charged with a sex crime.

“This crime was certainly an anomaly, compared to what his record shows,” said Daniel Clark, who prosecuted Bizauskas.

Clark does not think Bizauskas will be granted parole. If he outlives his sentence Clark believes Bizauskas would be less likely to commit another sex crime.

“Did I factor into the equation his prior record when I was thinking about what was appropriate in this case? Absolutely,” Clark said.

Still, questions remain. Idaho has a three strikes law, and Bizauskas had well over three strikes against him, so why was he still free?

“Certainly, his record suggests that he’s been given several chances to behave himself,” Clark said.

Even a five-year sentence, the minimum pursuable for a three-time felon, would have been enough to save at least one girl’s innocence.

“Anyone who’s ever been hurt by him, just please come forward,” the victim’s mother said. “Get him more time.”

In Idaho, there is no minimum sentence for a first-time sex offender.

Some studies suggest as little as 12 to 30 percent of child sex abuse cases are reported to law enforcement. 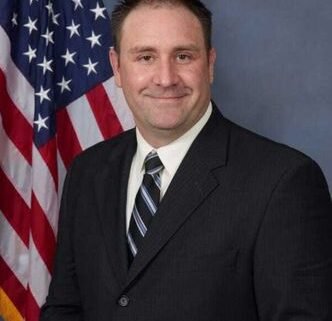