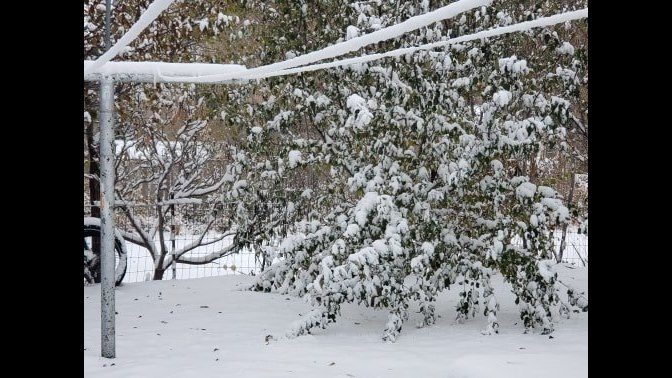 IDAHO FALLS, Idaho (KIFI/KIDK) - As if you haven't noticed, it's cold outside. An arctic cold front out of the north is keeping most of us inside Tuesday as wind chill temperatures dropped to the negative teens.   You can expect this cold to continue through Wednesday.

Winds of 30 mph with gusts at times up to 40 mph are making conditions miserable outside.  The strong winds are expected to continue through most of Tuesday.  Forecasts predict the winds to calm down later tonight.

Temperatures in Idaho Falls dropped to 10 degrees with a wind chill of 12-below zero Tuesday morning.   The coldest temperature reported locally was in Salmon with 3 degrees and a wind chill even lower.

It wasn't just the temperatures people had to deal with, some areas saw snow.

Areas around Pocatello and Chubbuck reported  3.5 to 4 inches of snow that fell early Tuesday morning.  It created icy roads and snowdrifts.  A number of small accidents were reported.

Many schools between Blackfoot and Pocatello were closed because of the snowy conditions.

Aberdeen and American Falls saw about 1.5 inches of snow, while Driggs saw about an inch Tuesday morning.

Share your weather photos with us by clicking here.