POCATELLO, Idaho (KIFI/KIDK) - Bannock County is negotiating an agreement with Live Nation that would allow the production of the county's own shows at the Portneuf Health Trust Amphitheatre.

According to Guy Patterson, the business manager and event director for the Portneuf Wellness Complex, the amendment to the current contract is just a few signatures away from being finalized.

Once complete, the new agreement would also allow the county to handle sponsorships and concessions for events.

"So really the win for us, besides getting more content hopefully, would be that more of the money would stay here in Eastern Idaho," Patterson said.

With the new deal in mind, Patterson believes this will be the amphitheatre's best concert season so far. The amphitheatre has been averaging between three and four shows per season.

"Realistically, we could be looking at, you know, maybe eight concerts this year. Which isn't what our end goal is, but it would be double what we've seen in the past," he explained.

Live Nation's announcement of the Megadeth concert has been "the big splash" of the season so far, but Patterson says the county has three other acts lined up that they can't announce yet.

"Those will be coming very quickly, within the next week or two I'd imagine," he said. "That'll give us a show in May, which we haven't done one that early, and we'll have one in June and one in July."

The goal is to host events weekly, if not more frequently than that, but they need to show they can attract an audience first. Pocatello doesn't sit on the route many tours take, but that doesn't mean it can't be added on.

"To do that, we need ticket sales," Patterson said. "So the more tickets we sell, the better our numbers look, the more artists want to come and play."

Currently, the county is caping capacity at 9,000 and Patterson says Megadeth will be a great litmus test for what's possible.

Patterson said a showing like that would likely impress Live Nation and prove that Pocatello is a good spot for their acts to perform in.

Megadeth will be performing with Lamb of God on July 30 at 6 p.m. Tickets go on sale this Friday.

In addition to concerts, the county plans to host 10 movies at the wellness complex and may experiment with 'dive in' movies, shown on the lake. 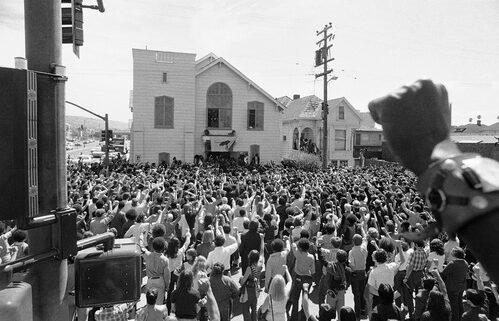