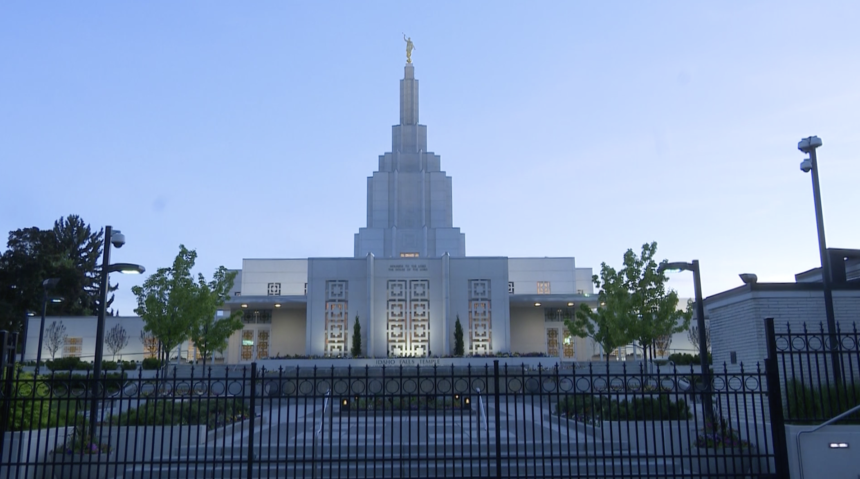 The First Presidency of the Church of Jesus Christ of Latter-day Saints announced Thursday morning four phases to opening temples.

The Boise and Twin Falls temples will open Monday, May 11 with the first phase of living sealing ordinances for members who are already endowed, the church's website said.

The Idaho Falls Temple will open the following day, Tuesday, May 12 with the same protocols in place. There will only be six guests and one ordinance per hour to keep within the state guidelines.

The press released did not mention when the Rexburg Temple will open. It referenced though, other temples in Idaho are undergoing annual maintenance and will reopen when work is completed.

The sealings, also knowns as marriages, will be scheduled for Monday through Saturday by appointment only and initially be limited to one sealing ceremony or family at a time in the temple. When the appointment is made, staff will verify the couple lives within the geographic area for receiving ordinances in that temple. Safety guidelines will be observed it said.

The four phases to reopening temples will proceed with caution, the release said. The phases are designed to reduce risk, accommodate the demand and capacity of the temple and observe any relevant health restrictions in the temple district.

Phase 2: Open for all living ordinances only

Phase 3: Open for all ordinances with restrictions

Other temples will be opened based on local government and public health directives, the release said and will be directed by the church's Temple Department.

See a full list of temples and their current status.